The British Council is a proud supporter of the Shubbak festival and has helped to co-commission a number of new works featured at this year’s event.

For a deeper insight into Shubbak, we caught up with artistic director, Eckhard Thiemann, to tell us more about it and reflect on this year’s highlights.

“Shubbak (meaning window in Arabic) is London’s largest festival of Contemporary Arab Culture, spanning all art forms and many locations. Our 2015 festival, which lasted from 11-26 July 2015, presented over 130 artists in over 70 events spread over 40 venues. Our music programme ranged from opera to electro-tarab DJ-ing, from Gnawa-inspired ensemble to turntablism, and classical Arab music to immersive multimedia sets including live dance and projections. Contemporary Arab culture or, more specifically, contemporary Arab music, defies any simple definition by style, aesthetics or content. It is alive and kicking, unpredictable, individual, collaborative and inquisitive. One of Shubbak’s main aims is to present this variety, this diversity, this multiplicity of voices in a time when the reporting of the Arab region and its people so easily slips into clichés or over-simplified rhetoric. 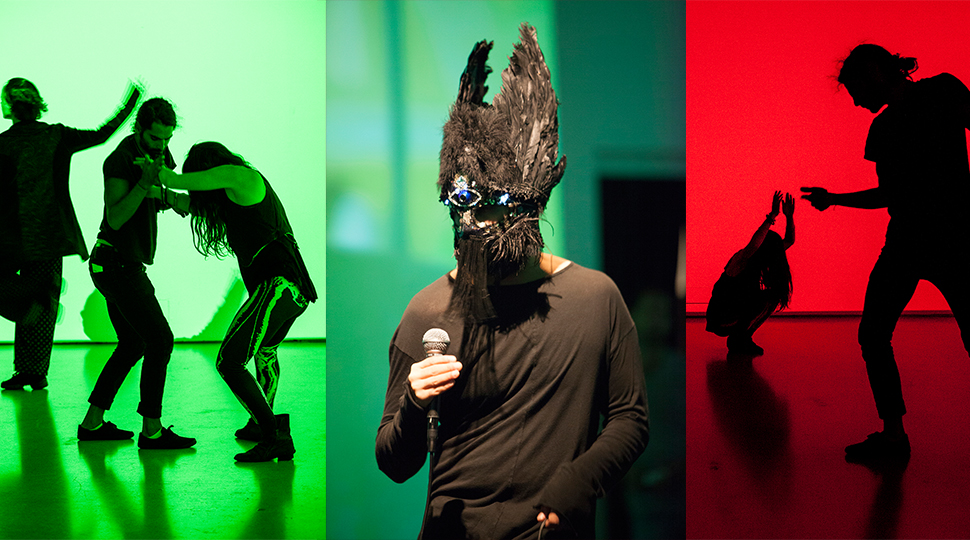 It is alive and kicking, unpredictable, individual, collaborative and inquisitive

“We are a small festival team, led by myself as artistic director and Daniel Gorman as festival director, who bring together a range of producers, venues and volunteers to deliver a truly London-wide programme. We have extensive networks with cultural institutions in London and the Arab region and lead on strong partnerships without which the festival would be unable to exist. These partnerships also mean we attract a very diverse audience. While we do not have statistics for this year’s festival yet, during the 2013 festival 29% of our audiences defined themselves as Arab, 29% as White British, and the remainder was divided into London’s many ethnicities. Judging purely from personal observation, this year’s audiences once again included a strong diversity.

“We started the festival with the concert ‘Burda’ at the Barbican Hall, which was steeped in the rich history of classical Arab music, in a partnership with the Foundation for Arab Music Archiving and Research (AMAR) and Abu Dhabi Festival. The AMAR Foundation has the largest collection of records of the early 20th century in the world and makes this wealth of material available as inspiration for a younger generation of musicians. Led by oud virtuoso Mustafa Said and featuring guest singer Karima Skalli, the 12-strong Asil Ensemble played a new 55-min composition by Mustafa Said to an enraptured audience.

Zahed Sultan collaborated with a dancer, a contortionist, graphic artists and London musicians to create a multimedia spectacle

“Also at the Barbican we presented Kuwait-based Zahed Sultan, who took part in a four day residency as part of the Barbican’s ground-breaking ‘Station to Station’ 30-day happening, which was conceived by American artist Doug Aitken. Zahed used his time to collaborate with a dancer, a contortionist, graphic artists, and London based musicians to create a multimedia spectacle with surround projections and light diffraction glasses. 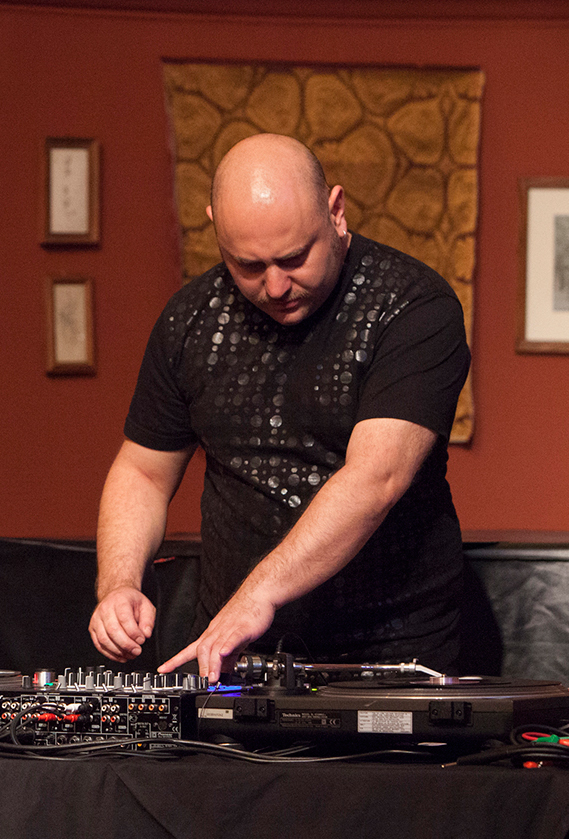 “At the Royal Opera House we presented the first concert performance of a new opera by Syrian composer Zaid Jabri, who is now based in Krakow. Collaborating with librettists, Yvette Christianse and Rosalind Morris, the opera Cities of Salt tackles the epic subject matter of a society in transition between pre-oil and post-oil extraction. Based on the seminal – yet in some Arab countries still banned – eponymous novel by Abdelrahman Munif, the concert featured seven soloists, a 22-strong orchestra and a choir.

“This year’s Shubbak coincided with the last week of Ramadan and the holiday week of Eid. This meant we could collaborate with the Mayor of London's Eid Festival in Trafalgar Square, bringing international bands for a free outdoor appearance on London’s most famous square. Alexandria-based Massar Egbari quickly got the crowd going with a set mixing popular Egyptian material with rock rhythms. 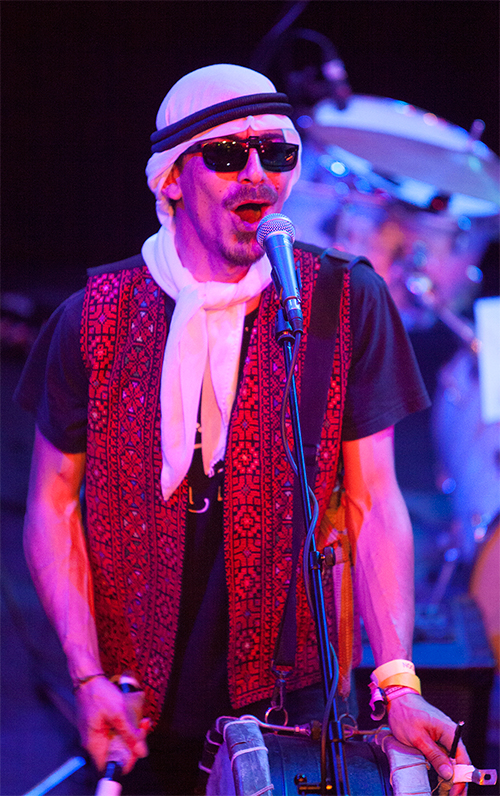 “The quartet 47 Soul – four Palestinian musicians from the West Bank, Jordan and America – aroused much cheering and some spontaneous dabke dancing. 47 Soul [pictured on the right courtesy of Shubbak / Michael Brydon] started life at the previous Shubbak in 2013. We were presented with a proposal by musician Walaa Sbeit to bring together four Palestinian musicians from different places for a one-off rap concert. Shubbak provided a little funding to help with airfares, visas and rehearsal costs and the group performed for the first time at The Flyover in West London on the final night of the festival. I remember a loud and raucous night, full of energy and infectious rapping. A few months later I noticed that the four musicians were still playing together and were increasingly getting gigs and had by now acquired their great name: 47 Soul. Fast forward two years and their performance at this year’s Shubbak comes off the back of a successful record release and a storming performance at WOMAD. It’s a wonderful story of how a festival like Shubbak can not only present existing work but also generate new collaborations and create new opportunities for artists in the future.

“This year we commissioned a new music track and animation video from young and fast-rising artist Hello Psychaleppo. Initially an art student at American University of Beirut, and unable to return to his home town because of the on-going conflict, Samer Saed Eldahr (his real name) began to make a name for himself on Beirut’s thriving experimental music scene. With our co-commissioners, The Space and the British Council, we were proud to commission his most personal work to date: a heartfelt homage to his hometown and a longing reflection of absence. Called ‘Shahba’ (another word for Aleppo), we released the work on YouTube so people can watch it wherever they are; you don’t have to be in London to enjoy this Shubbak commission. At the time of writing it already has attracted over 4000 views in less than a month. We were also very pleased to be able to bring Hello Psychaleppo to London to play the closing set at our Music Finale ‘The Mix’ where he played a longer version of ‘Shahba’.

“We now look forward to investigating and researching new artists, partnerships and opportunities for a new Shubbak in 2017.”