The British Council invited the high octane Celtic dance band Peatbog Faeries to play at the EuroVillage in Baku, Azerbaijan on 19th September 2015.

The event was organised by the British Council with the British Embassy in Azerbaijan, and in partnership with the EU Delegation as part of the EuroVillage Festival 2015. 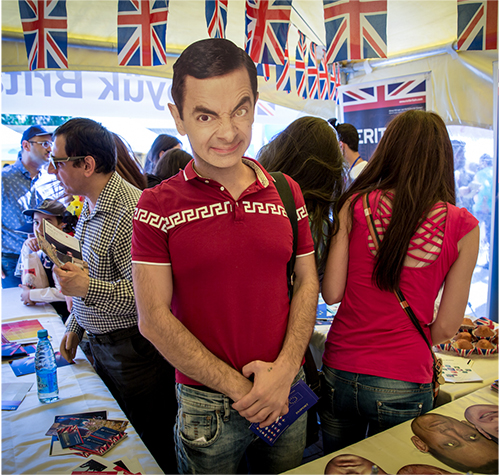 EuroVillage is an annual fair held in the main square in the Old City of Baku over the course of one day. Thousands of visitors get the chance to experience Europe, with displays, competitions and food from each country during the day and a music concert by night. The idea is to present the diversity of European traditions and culture to the people of Baku. Mr. Bean, Daniel Radcliffe and the Queen proved popular face masks in the British tent (see left)!

Peatbog Faeries closed the concert and took the old city by storm. The band’s blend of traditional folk elements, including bagpipes, with more contemporary dance beats got the crowd dancing and won them many admirers in Baku. One local blogger commented: “The [music] was amazing … everyone was completely happy.  And for that evening we were all Scottish.”

Visit their website here and check them out on Spotify here. 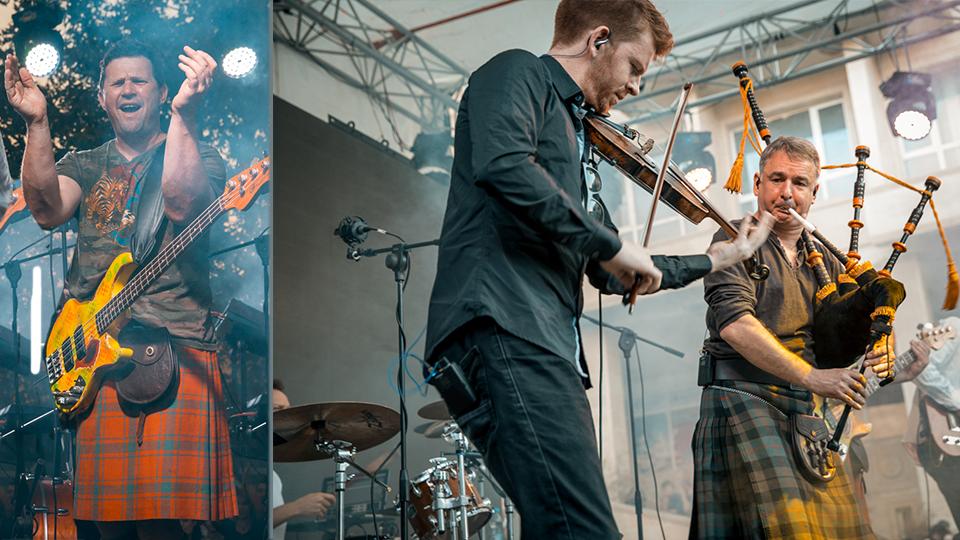 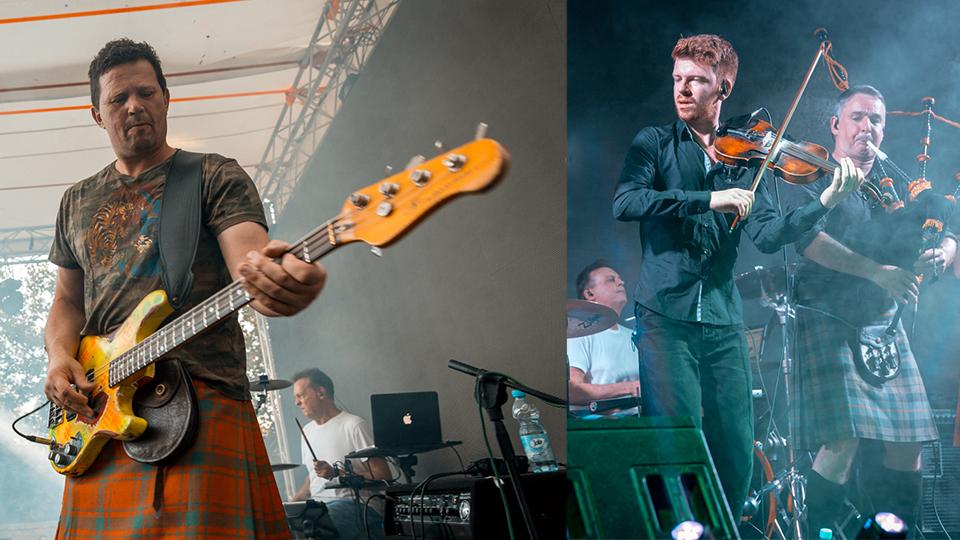