MEET THE DELEGATES FROM UKRAINE 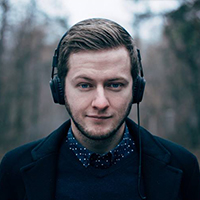 Sergey is a music journalist and founder and chief editor of Comma.com.ua – one of Ukraine’s leading music media outlets. He is also the founder of the cultural department at the Hromadske TV channel. He judges at the YUNA Music Awards, the biggest prize in the Ukrainian music industry. He is an interviewer at Playboy Magazine and collaborates with several bands as a keyboardist. He also works as a concert promoter and DJ. 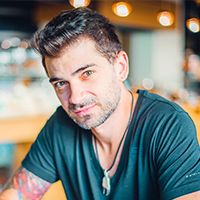 Eugene has been a concert promoter since 2006 and is the founder and manager of HMG (Happy Music Group) concert agency. Past projects include working with Korn, Sophie Ellis Bextor, Onyx, East 17, Red, Henry Rollins, Skin, Everlast, Monarchy, IAMX, Balthazar, Fink, God Is An Astronaut, Lee Scratch Perry, Swans and Psychic TV. In partnership with the British Council in Ukraine, he organised and promoted Selector Live, a series of concerts of new UK music including Young Fathers, Slaves, Ghostpoet and Everything Everything. 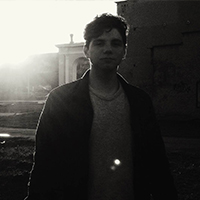 Vlad is a concert promoter and social media coordinator of CLOSER – one of the best art clusters and creative spaces in Ukraine. He is a member of the Youth Council of the city of Zhytomyr, leading specialist on youth, family and sports affairs of Zhytomyr City Council. Since 2011, he has run an independent brand Wielory whose past projects include working with Nicolas Jaar, Mari Kvien Brunvol, Valentin Stip, Dave Harrington, Adam Port, KiNK, Gesaffelstein, Long Arm, VISUALS, Kasper Bjorke and Redshape.