It’s fair to say that, at school, William Doyle didn’t have too much time for his world famous literary namesake: “I remember studying Macbeth and As You Like It and I just remember absolutely hating it!” Interesting then that he’s just composed the soundtrack for a new digital project, Mix the Play – a collaboration between the British Council and the Old Vic Theatre supported by the GREAT Britain Campaign – where members of the public can put themselves into a virtual director’s chair and create their own interpretations of William Shakespeare’s A Midsummer Night’s Dream online. Happily, Doyle’s opinion of Shakespeare has somewhat mellowed over time: “Shakespeare’s an incredible writer which a lot of us end up finding out later on [in life]. … People’s efforts to bring Shakespeare’s work back into the mainstream and into the modern day have been really great … I think [Baz Luhrmann’s Romeo and Juliet] was a gateway for me and I guess a lot of other people as well … so it’s cool to be part of a project like this where hopefully [we’ve] also done the same thing … keeping the memory alive and the work fresh and current.”

But let’s spool back. How did this intriguing musician get from studying Shakespeare at school to composing for A Midsummer Night’s Dream and Mix the Play?

“It was never really a musical household,” says Doyle of his beginnings in Bournemouth, “but my sister started to get into rock music … she’s a few years older than me so I used to go and steal her CDs” and there was one particular disc that caught his attention: “I remember stealing things like Blink 182 or Greenday but then I remember getting a Radiohead album and then I was a bit like ‘Alright, what’s going on here?’ and that’s where my interest in playing guitar came from.” His Dad bought him his first guitar and Doyle found himself instinctively writing songs straight away: “It always felt like, from that point on, this was the only thing I really wanted to do.”

Later, as the last of his college bands disintegrated, the time seemed right to do something with the songs he’d been working on, away from the group, at home.

“I was fortunate enough, slash unfortunate enough, to be growing up in a place that doesn’t have an incredible music scene behind it so I kind of really just wrote and produced music for myself and I must have amassed 150 to 200 recordings of songs.” They weren’t all great he says, but this time alone working on his craft was invaluable, allowing him to make mistakes in private, “free of judgment”, in a way that he now feels is all too rare with new bands. “I think that there seems to be a rush now to get out and start playing … You end up with bands who have one great song and seven maybe not so good songs. Keep it to yourself in the practice room or studio … really start to get some good material going before you showcase it. You’ll stand out then and there’s more chance that you’ll get picked up by management or a record label, however you want to do it. What you need first is really good songs.” 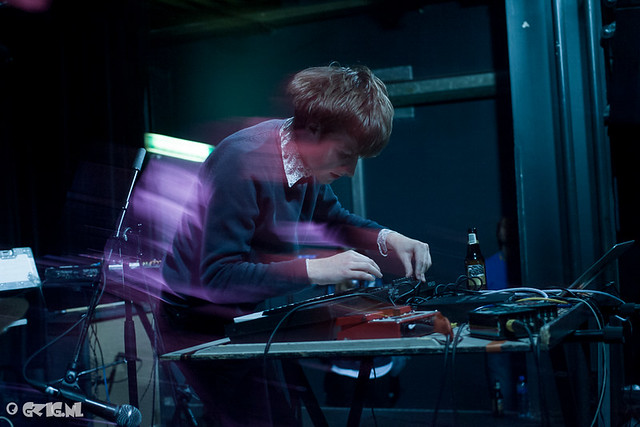 Doyle’s own really good songs arrived in the form of Total Strife Forever – his debut album released under the name East India Youth and nominated for the 2014 Mercury Music Prize. He followed that up with 2015’s Culture of Volume (a name derived from a poem by Richard Holland). Along the way, his striking music videos with director Joe Spray signposted an artist who had more than a passing interest in how music and moving image can work together.

“The golden age of the music video was sort of on its last legs maybe as I was really getting into music … It’s a shame really [but] it did put a lot of ideas in my head about how the two things are really linked. There are some songs I think about now which are inextricable from their music video counterparts [like] that great Björk one for ‘Human Behaviour’ … just the sound of that track is like the atmosphere of that video.”

Since those first two albums, Doyle has found it a logical progression to think visually with his music. Earlier this year he joined the British Council’s Film, Archive and Music Lab week to further his appreciation of composing in different contexts and announced he was taking a break from being East India Youth for a while so he could concentrate on some new challenges. “I’ve been touring quite a lot for the last few years so the first thing was to take a bit of a break and a bit of a step back. I really haven’t felt like I have been able to devote time to do creative projects. I think being on tour and on the road takes up all your time; when you get back home you don’t really want to sit down and start working on something new or if you do start working on something new you’re quickly pulled out of it and it’s time to get back on the road.”

So is his contribution to Mix the Play a marker for the sort of work we can expect from him in the years to come? “I’ve started to move more into doing more art projects rather than just straight up ‘here’s an album of ten to twelve songs’ … that’s a big challenge for me [and] it’s great to be able to work with people from different disciplines.”

In Mix the Play, there have been some unusual challenges. Visitors to the site can choose from a number of options for costume, setting and music to create their own version of A Midsummer Night’s Dream so composing music that would work in a variety of contexts was a tricky task. “I wasn’t really thinking about melody like I usually do … it was more about, how can we construct the world of these scenes in as strong a way as possible.”

Within these limitations, and driven by a desire to set the tone but not impose, he thought carefully about the forces required to propel the scene through music. For the modern setting of the scene, a quirky fantasy world, Doyle latched onto the clocks in the background of the film as an inspiration for the subtle four-to-the-floor pulse and also dropped in a sampled celeste to add to the other-worldly atmosphere. The harpsichord underpins his music for the Elizabethan setting accompanied by a faux-lute acoustic guitar part. Finally, for the 60s setting, he settled on a traditional beat combo rhythm section of bass, drums and guitar. He mixed the instruments down the centre of the stereo spectrum – a tilt of the hat towards the mono records of the 60s period – but steered clear of the full-on Summer of Love clichés, preferring to go for atmosphere rather than anything too obvious: “I was very conscious of the production of that piece.”

The result is definitely as intended: the music doesn’t feel obtrusive but adds detail and some interesting options to the virtual world of Mix the Play. It seems certain that Doyle will be lending his compositional talents to more visual work in the very near future.

And if there’s anyone out there, perhaps at school and not enjoying their Shakespeare right now, perhaps they will come round in time? “It’s part of our cultural heritage. 400 years after [Shakespeare’s death] … we’re still talking about and making new work from [his plays].”