Sam Jones of SoundThread brings us this blog with tales of an ambitious recording schedule, trying to "turn the streets of Lagos into a recording studio" ...

"In the spring of 2016 we were very excited to receive our invitation to roll out our pop-up recording studio project as part of British Council’s UK/NG 2015-2016 arts season in Lagos, Nigeria. As the premise centred on the exchange of our respective musical cultures, we named the project GidiJand, derived from the slang word used by Nigerians to describe the two big influential cities in their lives: Gidi meaning Lagos and Jand meaning London. It was also the first of many collaborations to come between SoundThread and Afro-Pop Live.

"With the help of the British Council, and in partnership with Goethe-Institute, our ambition to turn the streets of Lagos into a recording studio was realised. To achieve our vision, Marc-Andre, the outgoing country director of Goethe-Institute in Lagos, loaned us a classic Mercedes Benz 911 city transporter bus locally known as molue. This mode of public transport being very familiar to the older generation of Lagosians, we felt the sense of nostalgia and affection wherever we set up in our portable molue studio bus for our pop-up recording sessions. Be it in the markets, at the traffic intersections, and many other public spaces, our molue was met with wonder, intrigue and excitement. One of the stand-out features, other than its sheer size and rare vintage credentials, was that our molue portable recording studio was fully powered by solar energy, ensuring our carbon neutrality – a stark and welcomed contrast to the petrol guzzling generator power required for everyday Nigerian living. 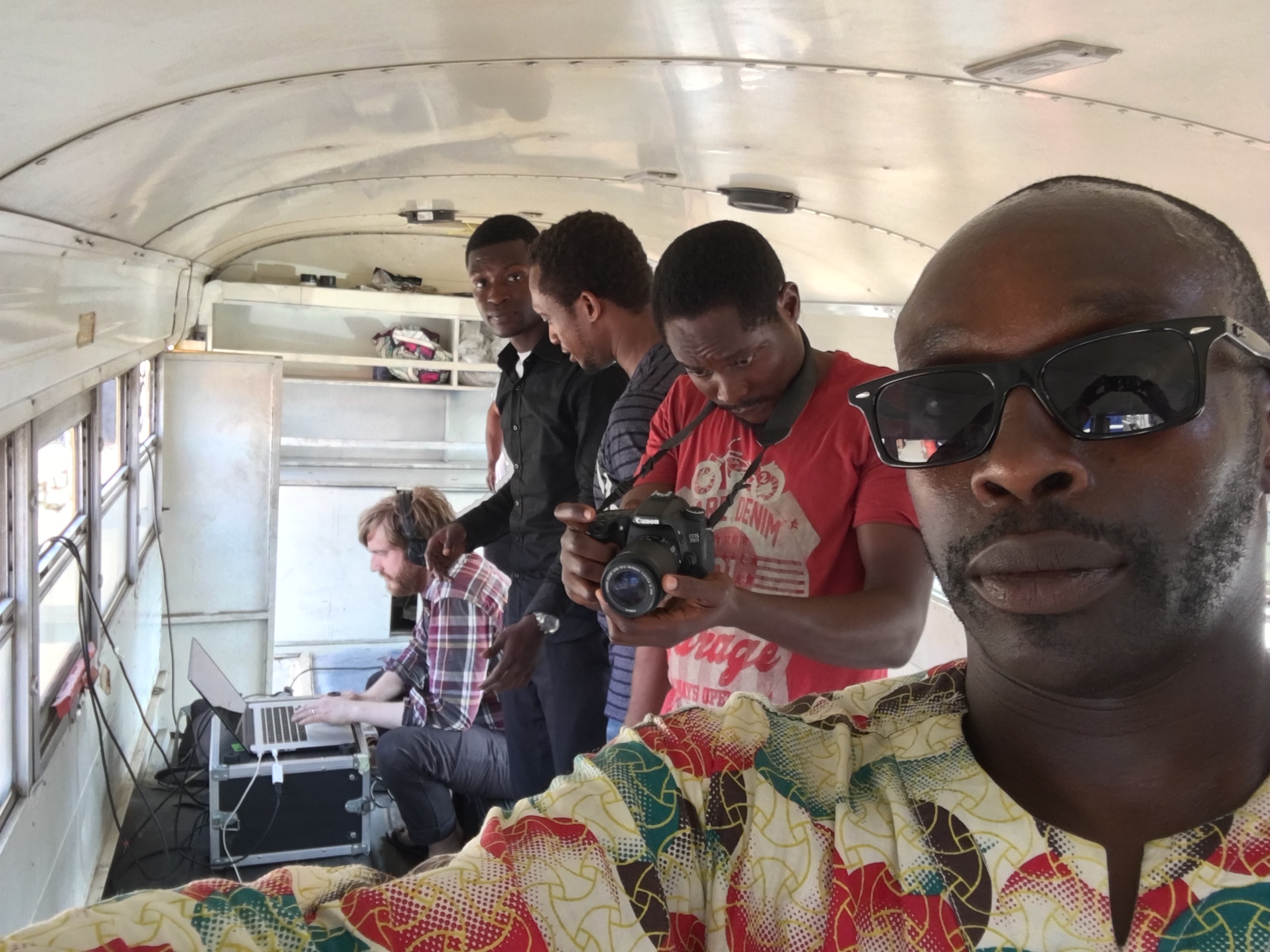 "The Goethe-Institute, like the British Council, is prolific, working in the arts throughout … well, everywhere really. Wherever the British Council have an office you can bet your bottom Euro that the German Goethe-Institute will be there too, promoting and working hard for improved cultural relations and exchanges. Of course, the British Council made our project possible through much needed funding, linking us to networks otherwise out of our reach and generally providing  wonderful support. SoundThread and Afro-Pop Live, to date, have done three and two projects respectively with the Lagos office of the British Council and we are very thankful indeed for their continued support and belief in our project designs.

"Other than the physical movement of our recording capabilities courtesy of our molue, the GidiJand project gathered musicians, rappers, vocalists, instrumentalists, DJs and spoken word artists – handpicked by Afro-Pop Live – to create a musical journey through performances in unique spaces around one of Africa’s most vibrant cities. The roster of musicians/artists ranged from the iconic to emerging new talent who fully committed to and collaborated with us in the creative process. This meant setting up on the streets of Ikoyi, Shomolu, Ikeja and extensively around key landmarks of the City Hall and Freedom Park to accommodate the requests of our fellow collaborators. The process was very organic, largely in the moment and impromptu: we arrived, set up and pressed record. Essentially, we wanted the creative direction to be led by the artistic gatekeepers of the city and for the city itself to be infused in the creative process and ultimately the rich, authentic music we were able to create as a result.

"The recording of ‘real’ horns in Lagos was a joy, Lagos being the home of great horn players such as Fela, Orlando Julius, Victor Olaiya, and Bobby Benson to name a few. We were lucky to have Fela’s deputy band leader Riliwan Fagbeni aka ShowBoy lead on the horns arrangement. Riliwan is still in recovery from a horrific motorcycle accident which left him paralysed on one side of his body. He worked hand-in-hand with Tamar Osborn, an amazing baritone saxophone player from the UK, who we invited to be a part of the multi-cultural collabo. Tamar Osborn also worked closely with ‘Perfect 4th’ a local string quartet from the Ten Strings Music College. The string sessions were recorded as we workshopped the spring parts for the project’s string content as a whole. 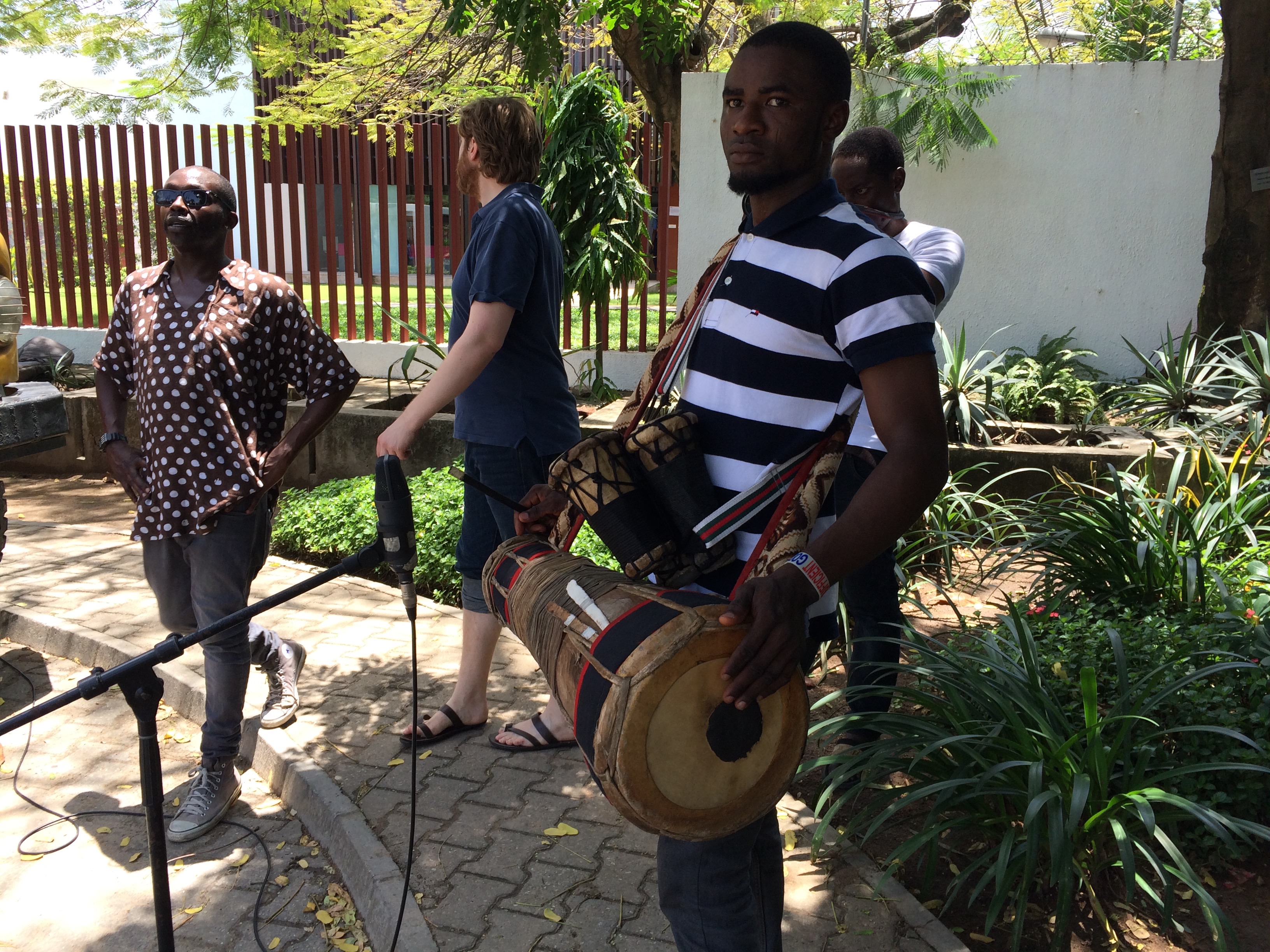 "The content we wanted to create for GidiJand was not only to capture audio but video content as well. So whilst we worked on recording the audio material, we were also working with a strong video team who filmed the project as it unfolded. The videographers were alumni from SAE South Africa,offered to us as part of the College's sponsorship. The video team were our eyes and ears on the street, taking not only the obligatory DSLR around with them, but also flying drones to capture for some truly amazing footage. Capturing the sights and sounds of the city, one of the video team members, Ose flew a drone for the first time. We captured the action from a bird's eye perspective, showcasing the creative process of new musical works creation.

"There was a lot of ‘for the first time’ phrases on the GidiJand project. None of the creatives had ever worked in this way which added to the magic, collaborative willingness and trust in our vision. It was a gruelling schedule for us all but weloved every moment and are so proud about the content we were able to produce from the process. We look forward to many more collaborations and much needed multi-cultural dialogue using arts, multi media and music as the basis for universal bonds and harmony.

"So what’s next? In the Autumn 2016, we will ignite GidiJand in the UK to complete the journey: the ying to the yang, the Jand to the Gidi. We will reunite some of the project’s artists who will perform and run workshops at Rich Mix, Hoxton Hall and SOAS. Looking forward to the next phase of the project!"