It’s something I, and I suspect much of the western world, take for granted: access.

Living in London, it’s magnified; the richly diverse, near-limitless array of events that, interwoven, form the lifeblood of the city. From music and theatre to film and visual art, in every direction, the city resonates with undulating frequencies: the low-end hums of bass music to the high-end wash of theatre applause. Every taste is catered for, and in abundance.

A brief work visit to Cairo last October brought this privilege into greater focus. Exhilarating as Cairo is, it’s uncommon for artists to route through Egypt and the Middle East on tours and the tastemakers we access here in the UK – those which help cultivate interest in and audiences for underground, countercultural music – are less-prevalent in Egypt’s increasingly censored society. There is inadequate infrastructure to strongly support emerging artists and audiences are less willing, or able, to pay to see them. For a time, a younger, more musically adventurous generation, whose appetites extended beyond the traditional musics that subsume the airwaves, had few opportunities to see other forms of live music without leaving the country.

For Asem, Bosaina and Zuli – a group of Cairene musicians and close friends in their late-twenties – their frustration gave birth to a need for change. They found more in common, musically, with their western counterparts than their electro chaabi and Mahraganat near-neighbours and identified a gap in the market for an alternative nightlife. In 2013, a fortuitous sequence of events culminated in them opening VENT, a new multi-purpose arts-venue-come-nightclub, which, under their creative direction, became a platform to showcase and foster Cairo’s underground music and arts scenes and bring progressive international artists to the city.

The music at VENT was different. It wasn’t just to dance or get drunk to; it was challenging the status quo and introducing audiences to something they probably hadn’t heard before. Demographically, VENT was also an anomaly: an inclusive space, free of the pronounced, often enforced, social barriers that had inhibited racial, sexual and cultural diversity in Cairo’s nightlife.

Within two years of opening, the venue had hosted a raft of acclaimed international DJs and artists including Huerco S, Bradley Zero, Ben UFO and Wanda Group. It also proved instrumental in developing Cairo’s own alternative music scene, with the KiK collective (Kairo is Koming), of which all three of the VENT team were a part, receiving international press attention.

VENT had placed Cairo firmly on the map for experimental music but it ended abruptly following disputes with the leaseholders over “incorrect permits, drugs and LGBT activity” at the venue. In June 2015, VENT was forced to shut down but the team that founded it were far from ready to scale back their operations …

Fast forward a little over a year and VENT – in partnership with London promoters Thirty Three Thirty Three (responsible for the brilliant St John Sessions in Hackney) and the Institute of Contemporary Arts (ICA) with support from the British Council – are running an eight-day, two-part festival in London and Cairo. Masãfãt Festival shines a spotlight on alternative contemporary music from the Middle East and North Africa and seeks to build a dialogue with UK artists and music professionals through evening gigs and daytime panel discussions about the industry. 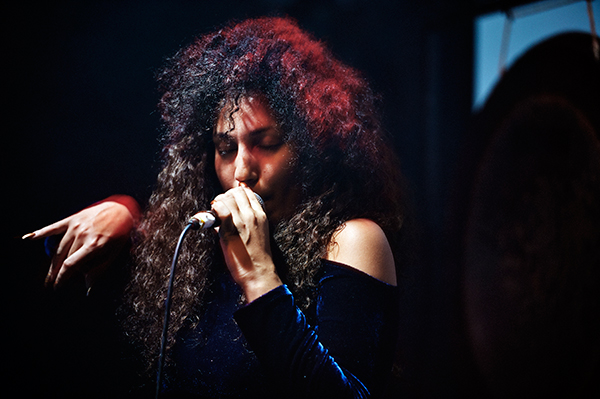 Naïve is what I’d describe us as. It’s been really difficult ...

Earlier this month, we caught up with Zuli from VENT and Chris Vaughan, co-founder of Thirty Three Thirty Three, at the launch of the London leg of Masãfãt.

Putting on a festival with two events on two continents in a short space of time and as a first project together seems … “Reckless?” says Chris before we can finish the question. “Stupid? … Naïve is how I’d describe us. It’s been really difficult … mainly that’s been financially [but] it’s been bigger than I imagined it to be at the beginning … already I feel like we’ve learnt loads.”

Funding wasn’t secured for the festival until relatively late in the day, which has meant many late nights and a lot of hard graft from the team to get these two events on: “Even when you think about how much design work there is to do …” explained Chris, “building a website can take you months if you really want to [and we] had to do ours in 48 hours.”

Despite Chris, Morell and Nathan (of Thirty Three Thirty Three) being based in the UK and the VENT team in Cairo, their distance from each other has not been a problem. The pressures of time and money were always far greater.

“We’ve had some intensely depressing conversations on Facebook chat [about money]” said Chris, with the air of a man who has been through the mill but lived to tell the tale. “From my perspective, it’s been the worry of not being able to pay people or having to drop [acts] but now [we've received the funding and] I know we don’t have to do that, we can concentrate on doing something good. We'll still lose some money, but I don't care about that anymore.

“I don’t feel like we’ve compromised anything … I would have programmed a slightly different lineup if I'd had 12 months to organise everything, but we had to pull people in … we had ideas for artists, and six months ago they were available but weren’t by the time we had the funds, so we had to shift stuff around a bit … but I don’t think we’ve compromised on anything ... we've ticked all the boxes we wanted to tick ... it's just been super stressful trying to tick them all." 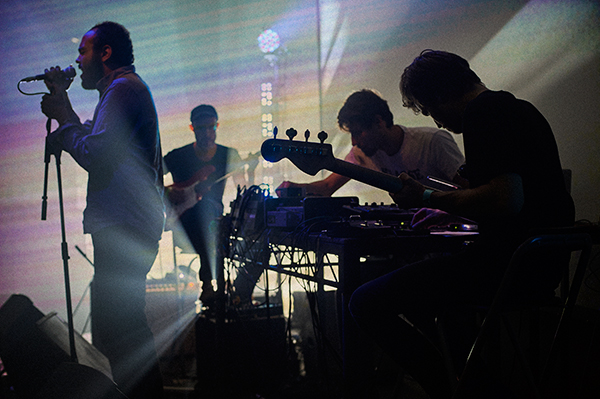 We asked Zuli, given VENT’s reputation and identity musically, whether they ever felt that there was any pressure from the various partners who were contributing to Masãfãt – including the Arts Council, the ICA, British Council and Boiler Room – to move in a particular musical direction?

“[Some people might say] ‘we’re used to VENT having artistic integrity and never compromising’ and I’m like ‘well, what’s changed? Look at the lineups!' They haven’t put any constraints on us [and] if you know anything about the scene in Cairo, it’s incredibly difficult [to cover costs], so someone needs to pay for these nights if we’re going to put them on.”

Certainly, the lineup can’t be accused of playing it safe, and when we went down to the ICA during the London leg, we found a warm and appreciative audience lapping up music from the likes of Nadah El Shazly, Gaika and Herein Lies, that probabably few had experienced before. "As long as you're putting on good music you've got nothing to worry about," said Zuli. Chris was more bullish: “I don’t want to blow our own trumpets,” he said, “but [Masãfãt] is doing s*** that other people aren’t doing here.” He said he'd have loved to have made the tickets cheaper to encourage more people to come along, such is the passion, the obsession he and the VENT team have for this music and sharing it. “Ultimately," he says, "it is about cultural exchange.”

People focus too much on geography in 2016, which is kind of ridiculous

We questioned whether it feels easier or more viable for VENT to showcase the music of alternative Egyptian musicians in London than back in Cairo?

“The people [in Cairo] who can afford to spend money on entertainment, or on art … they have their own taste, they know what they want and they’re more interested in entertainment than art, so it’s a struggle,” explained Zuli. Working with artists that are not widely known – “which is almost always the case” he says – is not easy. However, a scene is developing in time: “It’s really slow, but it’s definitely there … people are a lot more open minded now, I think.”

So, aside from it being home, we asked Zuli why VENT persists with Cairo? The small audience, the lack of venue space and the cultural challenges that come with trying to put on these shows … it sounds like a kind of madness to carry on against this backdrop when the UK, indeed Europe or the United States seem to already have an audience waiting for them?

Zuli smiled with a big intake of breath, “I don’t think I have a sane answer” he sighed, but proceeded to eloquently describe the VENT perspective: “I think it has to do with the fact that we really like this type of music, whatever you want to call it … and it definitely stems from the very reasons we started VENT. We were artists who no-one would book; there was no scene for us and we knew people existed in the city who were in the same situation. We wanted to create that place …

Epitomising Masãfãt (an Arabic word meaning ‘distances’) and the ethos behind the festival, Zuli explains, “people focus too much on geography in 2016, which is kind of ridiculous. If you listen to our music and most of the artists on the bill it has nothing to do with geography. We all grew up on the internet, we were influenced by people from all over the world [but] still people expect Egyptians or Arabs to sound a certain way and they do give more credit to people who sound more Middle Eastern or Oriental, which isn’t necessarily a bad thing – I mean look at Nadah El Shazly and Maurice Louca – but, I think, just because you come from somewhere doesn’t mean you have to be like that.”

With a programme comprising likeminded artists from across the Middle East, North Africa, the UK and Europe, Masãfãt's musical proximity is distinctly at odds with its geographical span. It confidently asserts that distance is inconsequential.