I'm huddled up in my seat, peering out the window at the flurry of clouds below, and wishing that the plane would be so kind as to do a U-turn back to Mexico.

Let’s start at the beginning here. My name’s Andy, a student at the University of Westminster and this year I won the SRA Selector.

This is me accepting the award with grace and self-effacing modesty!

What I loved about presenting the show, and new music full stop, is having your eyes opened to different cultures through the form of a three minute pop song so it was surreal to do that first-hand in Mexico City.

And I’m not just saying that because I was out there with the British Council.

One of the first people we met was Tskuanda – the presenter of the Mexican Selector – who offered to take me on a tour of the local pyramids. 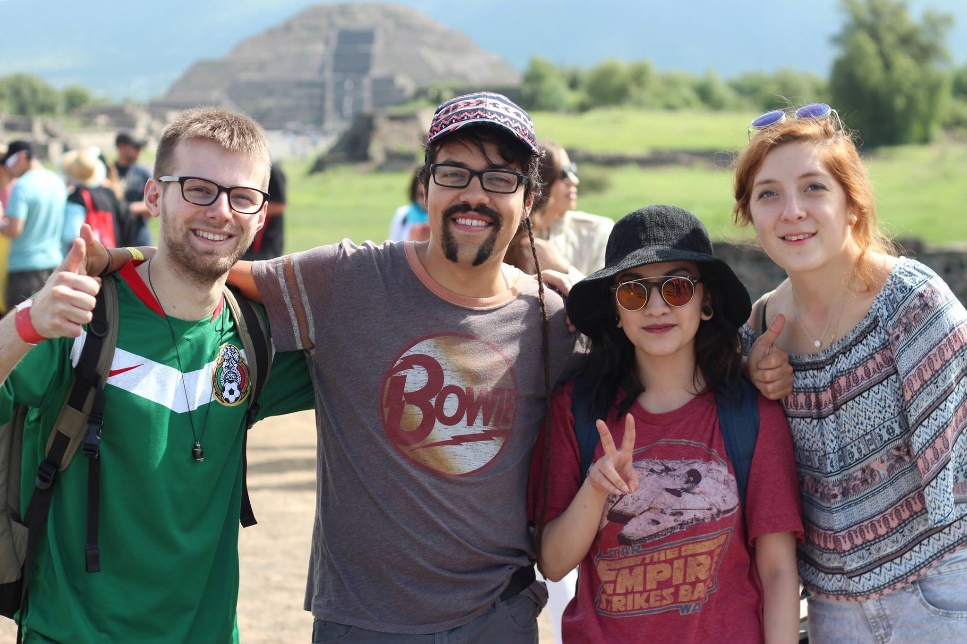 The Aztec pyramids are great and all, but when we were up there, all we could talk about was the Selector and our new music obsessions.

We were ten minutes into a heated discussion over the best Oscar B-side before noticing we’d wandered past the big sign marked ‘Out of Bounds’. There goes some ancient archaeological evidence, destroyed forever.

As soon as Sam Goldierocks touched down off the plane to join us, she shrugged off the jetlag and went on to climb the Tepozteco mountain, DJ El’Imperial, then at 4am was asking where the next party was. Not only is Sam’s work ethic as strong as her party ethic but she’s a great laugh – even when we were nursing hangovers visible from outer space.

Here we are climbing the Tepozteco mountain ’cos that’s just how we roll. 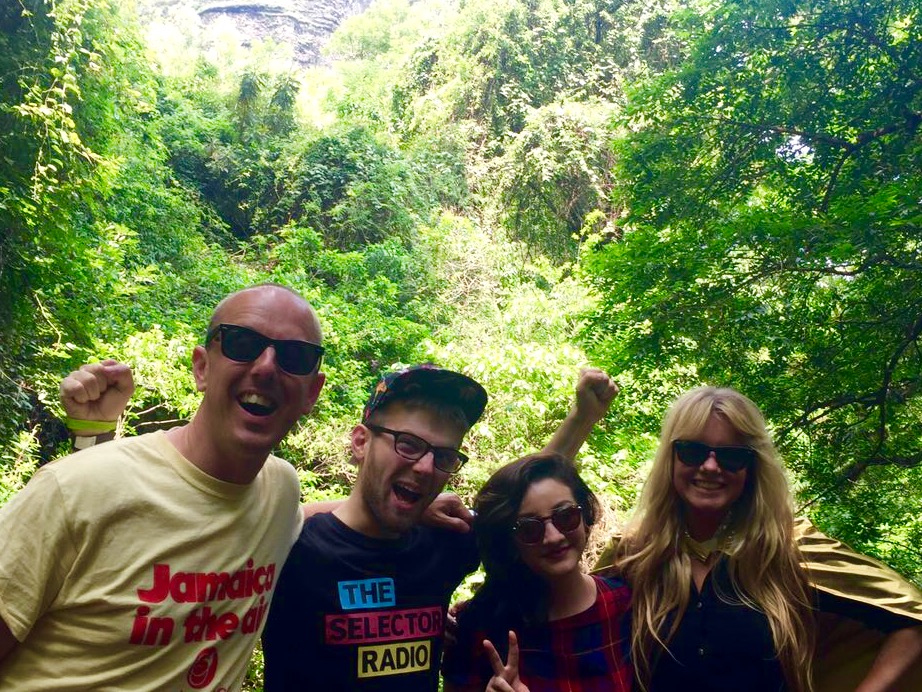 3.     Student radio is MASSIVE out there

If you’re a tragic radio geek like me, you’ll know rule one of presenting is to talk to your listenership as though you’re chatting to one person. Thing is, with student radio in the UK, that’s somehow not a huge leap of the imagination: it literally is one person.

That’s why Ibero 90.9 FM blew my mind. The sister station of The Selector, at first glance it’s a student station just like any other – the studios are on the Iberoamericana campus, full of student volunteers tearing their hair out over dissertations. So a normal student radio station then.

But where that venn diagram veers off to the extreme is the little fact that it’s on FM across the city to 21 million people. 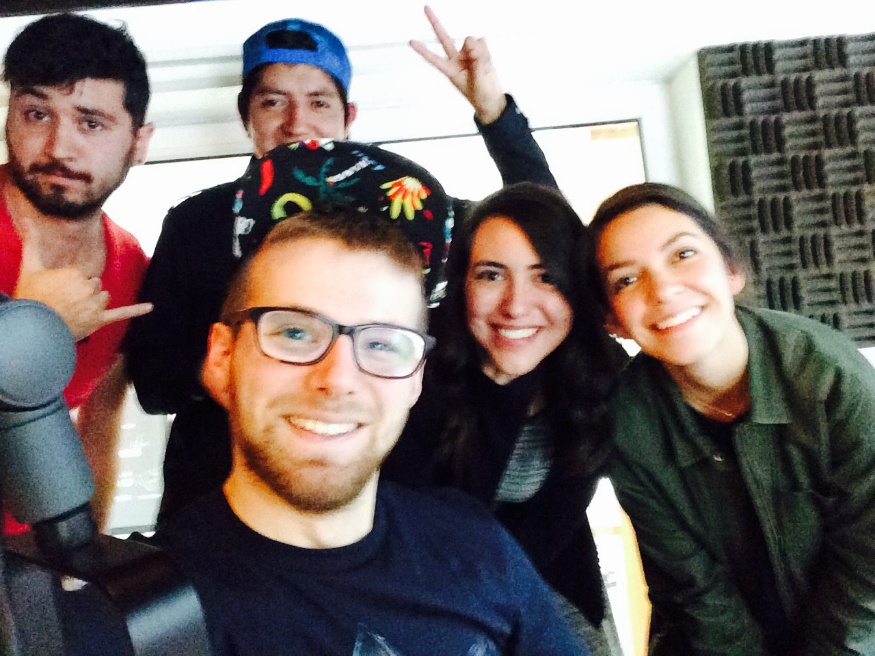 My first time on air, I got to choose some new British tracks to play to Mario on his Modo Avion “Airplane Mode” Show. (His show is a must-listen). We were playing some Kidnap Kid and Jamie Isaac, and then he asks me to read out my Twitter handle. Next moment, my phone explodes with tweets and videos and cat gifs!

Thanks to Uri and Phil, we guested and picked the music on 11 shows, which you can listen to here.

4.     You think twice about spending your pocket money …

Just look at this intimidating bank note. Don’t spend it all on sweets. 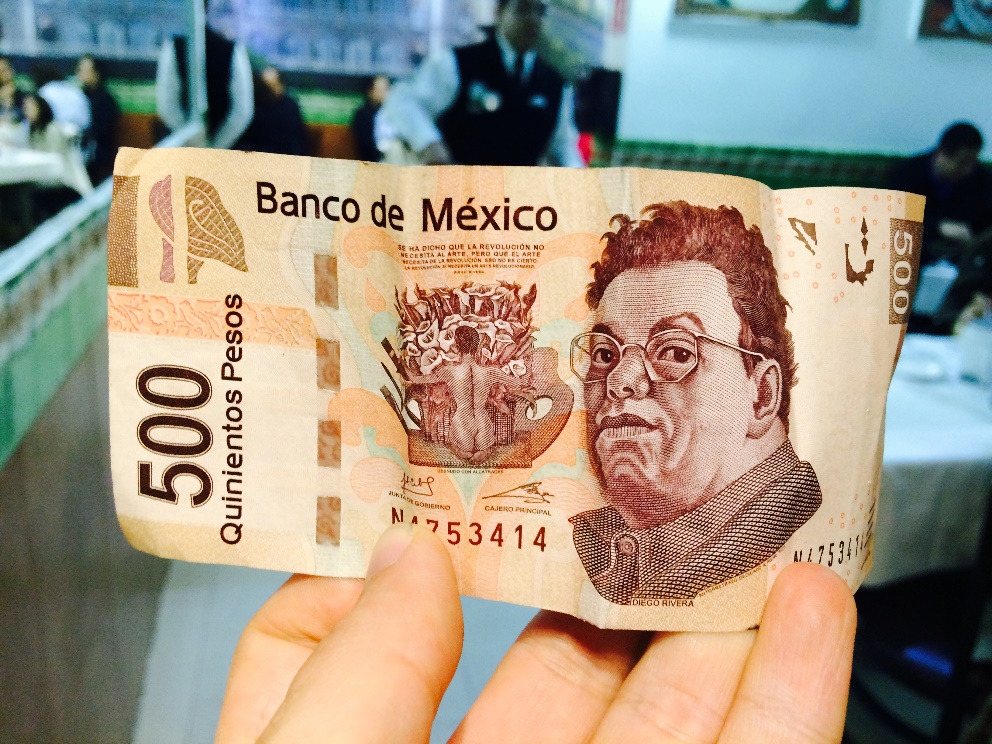 Chilli-flavoured, sugar-coated gummy bears were the order of the day. 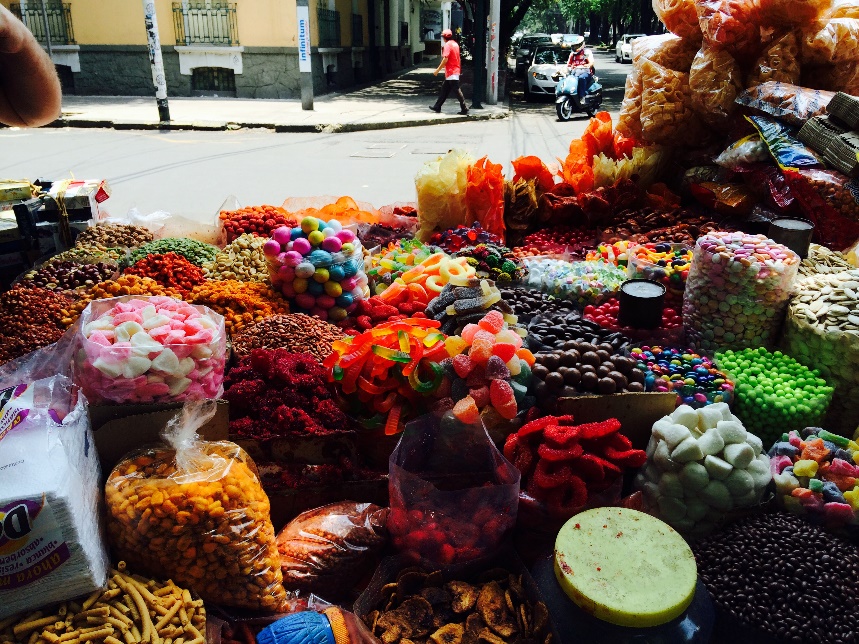 6.     Basically, you don’t know what food is till you’ve been to Mexico

Phil was only after a light snack. 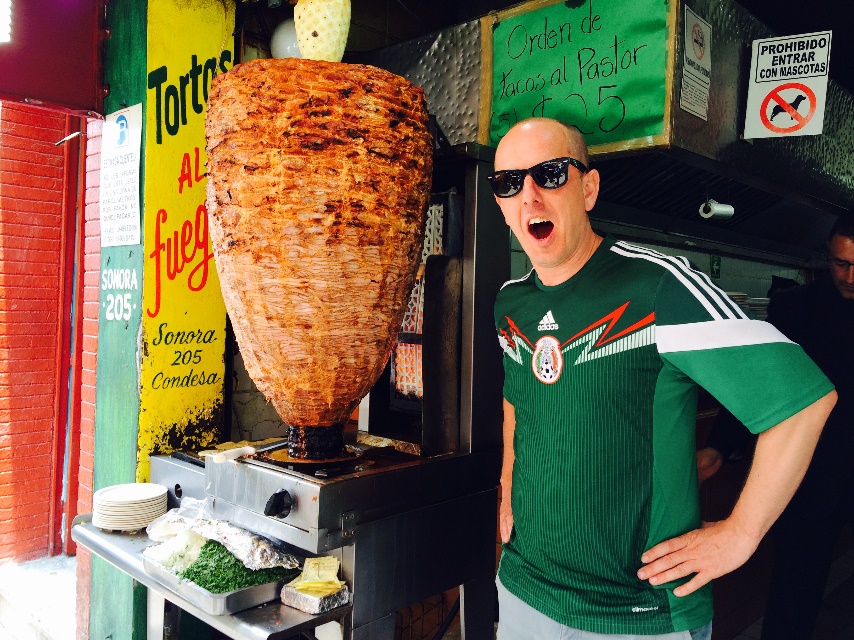 I resigned myself to the fact that I was bound to fall ill at some point, so I committed myself to trying everything. New favourites include Horchata, which lived up to the hype of the Vampire Weekend song; Death’s Prayer ice cream – pumpkin-flavoured and a big hit at the Day of the Dead Festival; and, best of all, roasted Chapaleenas - also known as grasshoppers. And somehow I only came back with the common cold. Result!

7.     It takes forever to drive anywhere

The American stereotype of epic road trips is true, even if you’re just going down the pub. Shout out architect-in-training Melissa for giving us a lift across the city, which was well spent singing along to Toro Y Moi to the max.

Even people who don’t love football, love football. I have to confess, I’ve no idea how it works, and managed to avoid ever going to a match in the UK. Upon hearing this, Phil and Uri looked slightly appalled, so they took me to see a match – Mexico versus Chile – broadcast live on a big screen in a packed-out venue, and boy was that a baptism of fire.

It was all going well for the first five minutes but slowly, as the game went on, the vibe dropped somewhat until the end of the match when Mexico lost … seven-nil.

Now even I appreciate that’s not a great result but it was worst of all for the band Rey Pila. The new signing to Julian Casablancas’ label, they were booked for the unenviable task of playing the stage immediately after the game. But this just shows the character of Mexico’s football fans – the crowd all got out of their seats and went to the front to dance along.

We also went to an Indie Rocks showcase to see Selector favourites Beaty Heart win hearts in Mexico. They’re aware I’m a die-hard fan so were a bit freaked out to find I’d followed them out to Mexico. 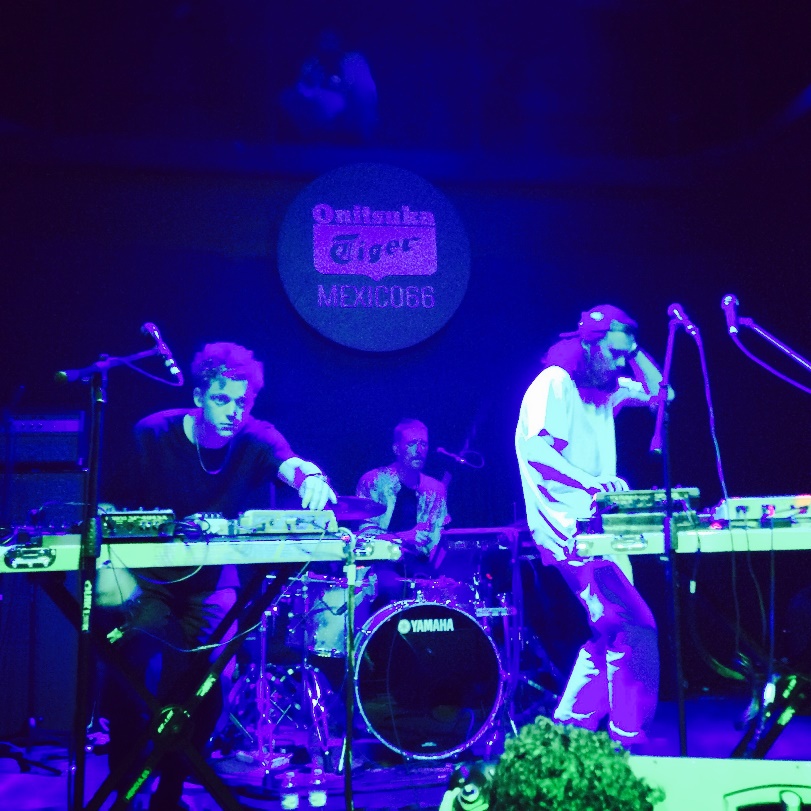 Waiting for the taxi outside El’Imperial, we got chatting to a man called Carlos who, it transpired, works at British Airways. As chance would have it, he served me at check-in for the flight home and gave me the best seat on the plane. Networking at four in the morning!

Back home from Mexico, I’m in the middle of editing the documentary, the world is wonderful and the sun is shining and then – blip – the computer dies. Cue some truly thrilling trips to PC World. (It’s not all glamour, y’know!) Eventually it arrived back good as new – so thanks PC World!

Back in the UK

Never would have I imagined, presenting a show on Northwick Park campus to all of my two listeners, that I’d be sitting here telling you this now. Without wanting to hype it up too much, it really did feel like an epiphany.

Thanks to everyone at Ibero 90.9 FM for making the week such an incredible experience. Thanks to Jimena, our comrade out at the British Council in Mexico; Malfi, who’s ambition is to be able to fly out to a gig in New York with 24 hours’ notice; to Vale, a rising star of Mexican radio; and to Davo, who’s just an all-round legend. And most of all, thanks to Uriel Waizel and Phil Catchpole – brothers in arms – for organising everything, for their generosity, and for accompanying me on this voyage of discovery.

I do believe the return of the SRA Selector is imminent and, if you’re a student and you’ve never entered before, boy do I envy you. It’s the best opportunity in student radio (in my slightly biased view). You get to go to Mexico and play at being a proper globe-trotting DJ for the week and you don’t even need any qualifications; all you need is a passion and love for new music.