We’re delighted to be teaming up with Liverpool Sound City in 2017, a UK festival now celebrating its tenth year offering an array of music and art which reinforces the idea of Liverpool as a real cultural centre. True to our own mission to foster links between the UK and overseas industry, we’ve invited a host of overseas music promoters, festival directors and journalists, all from East Asia, to come and see UK music, gather ideas and have conversations with their British counterparts about opportunities for future collaboration.

Between 2016 and 2018, the British Council is running a season of cultural collaborations and exchanges between the UK and Indonesia and most of our Liverpool visitors come from Indonesia. Meet all our delegates below.

We’re delighted to be hosting a discussion at Liverpool Sound City + – a conference series which runs alongside the main music festival – on 26th May entitled “Welcome to Asia”. We’ll explore, with the help of some of our overseas guests, why this is such an exciting time for taking music abroad to some of the world’s most rapidly expanding music markets. Find out more about our Sound City + talk here. The conference sessions will be held at Camp and Furnace, in the heart of Liverpool’s historic Baltic Triangle, and this year’s conference centres on “Revolutions”, examining  the largest cultural explosions from the past 50 years. 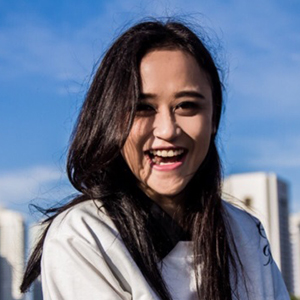 Sarah Deshita started her career in music as a radio announcer in Oz Radio Jakarta in 2007, and by 2010 led as the Music Director in Oz Radio. Currently Sarah is still hosting radio shows with Oz Radio, however in 2013 she joined Ismaya Group as their Assistant Brand Manager, managing Ismaya Live’s flagship festivals; Djakarta Warehouse Project, Sunny Side Up Festival, Ultra Bali and We The Fest, as well as concerts by international artists and bands. Her main role is to market and highlight the Ismaya Live brand, the festivals and artists that they have to their public audience. However, due to Sarah’s background and music career, she has also taken on another role as the co-music curator of Ismaya Live’s festivals alongside Christian. Besides her work with Ismaya Live, Sarah is also a tastemaker in the music industry in Indonesia, being involved in the development of music projects and band management. 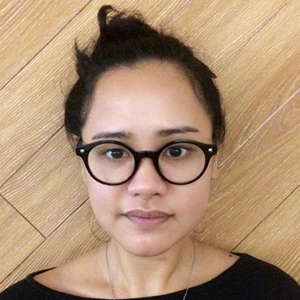 Madrim Djody is the founder of Studiorama, an audiovisual collective based on Jakarta, Indonesia that works across multiple disciplines of arts. Studiorama is well known for their music-focused events (that also incorporate other form of visual and performance arts) that are populated with highly-curated talents. Along the way, Studiorama has also hosted several international sidestream acts with cult following in Jakarta. As one of the main people behind Studiorama, Madrim is well known for her contribution in connecting different people to collaborate within the sidestream music and visual arts sector, more so as a tastemaker of Indonesian sidestream music scene, through Studiorama. 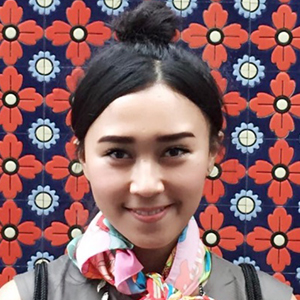 Rizka Maulita's passion in networking brought her to her current position of Senior Sponsorship Relation Officer of Indonesia's leading lifestyle company, Ismaya Group. Her curiosity towards the team behind the majorly successful Djakarta Warehouse Project back in 2012 has turned her into the go-to person of the company when it comes to building a solid relationship with various brands that she finds exhilarating. To Rizka, it's not just about making deals and making sure brands are onboard to sponsor Ismaya Live's events, it's also about being familiar with the brand she's approaching by learning the needs and the objectives they want to achieve. Rizka feels that it's important to put herself in the shoes of the brands she approaches to find a common ground where both parties can benefit from the partnership. As a fan of the Japanese animation studio Ghibli that puts fantasy into the main theme of their movies, Rizka believes that fantasies can turn into realities which she proved herself four years ago when her then-fascination of working for Ismaya turned into a reality. 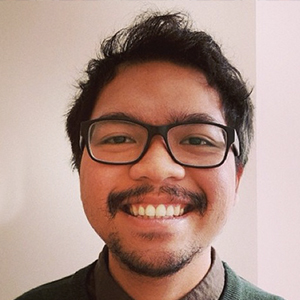 CO-FOUNDER, SOUNDS FROM THE CORNER

Teguh Wicaksono is the co-founder of Sounds from the Corner (SFTC). Started in 2012, SFTC is arguably the most important exposure/publicity platform for Indonesian musician, and has also evolved into some sort of a verification tool for musicians to get affirmation from digital audience that they’re playing good, ‘serious’ music. SFTC periodically films highly-curated musicians in a live environment and upload it across multiple internet channels. It is a response to fight back Indonesian lip-synced morning show music performance culture, that is often deemed senseless by musicians and audiences alike. Besides Teguh’s role in SFTC, Teguh is also the Communication and Partnerships Manager at Twitter Indonesia. 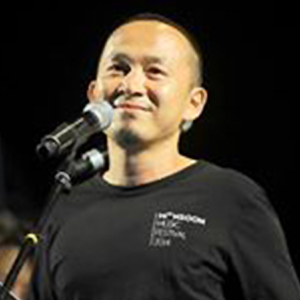 Quoc Trung has been one of the most influential music producer/composer for the past 25 years in Vietnam. He has produced a number of projects working with the top 5 singers in Vietnam and created the world-music project: The Road To Infinity, which was inspired by traditional Vietnamese music. In 2011, Quoc Trung has founded Thanh Viet Production - a record label and stage production company that has produced since then world-class concerts and music projects with various international artists. He is also the founder of the first international multi-genre music festival in Vietnam, Monsoon Music Festival, which has attracted audiences of around 30,000 since it began in 2014 and is growing stronger every year. 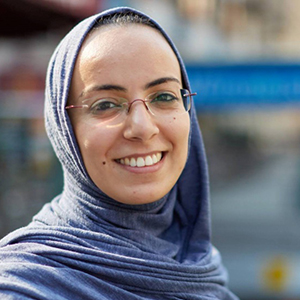 A graduate of the University of Versailles-Saint-Quentin en Yvelines in France, Hind has been on the organizing team behind several music festivals, including the Mawazine, Casablanca, and Awtar festivals. As a member of the Hiba Foundation team, she is responsible for Cinema Renaissance, a movie theatre and a concert hall connected to a cultural café that hosts a wide range of artistic programming. Additionally, she’s involved in a variety of other projects such as Visa For Music - a music conference for African and Middle Eastern artists, of which she’s the project manager in charge of partnerships and development, and Studio HIBA, a recording studio that encourages young talents and artists by hosting workshops and providing professional coaching. Hind has attended various festivals and conferences around the world such as Babel Med Music, WOMEX, Porto Musical, Atlantic Music Expo, MASA, Roskilde Festival and the Sziget Festival. 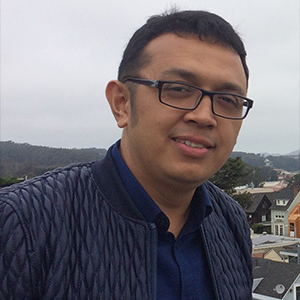 Tulus Company was formed in 2011 by Riri Muktamar and Indonesian artist, Tulus as one of Indonesia’s Independent Music labels. Tulus Company has two main business divisions: Tulus Management and Tulus Production. Tulus has written songs released in four albums through Tulus Company. In 2013 he started performing internationally in Hamburg, Kuala Lumpur, Singapore, Melbourne, and Tokyo. Through his work and his videos he often collaborates with other artists from Indonesia, such as Andien, a well known Indonesian jazz artist, performance artist Melati Suryadarmo and young filmmakers from Embara Films. Social media: @temantulus (Twitter) 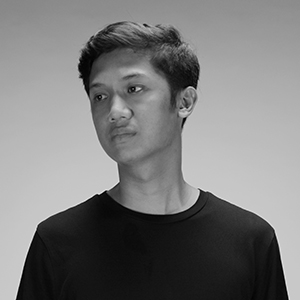 Double Deer was founded by five young talented people who live in Jakarta, aiming to develop digital music as a commercial & learning curve.  Based in Jakarta, double deer is a service company scoping in development & education in entertainment music business.  It started as a collective, then an audio post production, digital music production company and electronic music school.  In 2014, the company evolved with Double Deer Records, a record label, in hopes to get more listeners for the independent electronic artists in Jakarta. Their unique style and roster for artists focuses on combining technology with art. Kimo focuses on the business development of the business, while also teaching in the courses and producing some of the artists on their label. In 2015, Kimo met with Kallula Harsynta Esterlita and formed the electronic pop duo Kimokal. Their music is an evolving obsession of conjuring lucid spaces and voyages through a style, which is at times melancholy, propulsive and serene. Through Double Deer as well as Kimokal, Kimo often collaborates with other digital artists such as Digital Nativ, as well as corporations like Samsung, BMW, and Intel to develop digital music projects. 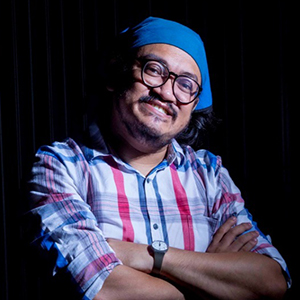 Felix Dass was originally working at Air Asia as the Editor for the ThreeSixty Inflight Magazine, however he would always find time to write and contribute articles on music for a number of other publications, including The Jakarta Post and Rolling Stone magazine. Recently he had decided to focus on music full time, taking up numerous music projects alongside his writing. In 2015 he started to manage Ari Reda, one of Indonesia’s leading folk duos, where he led them on a nation-wide tour. Felix is also heavily involved in Ruang Rupa, the art collective group based in Jakarta, and especially in their music leg; Ruru Radio and RRRECFest alongside Indra Ameng . In 2016, he launched the Cikini Folk Festival, a one-day music event featuring twelve local musicians and is one of the first folk genre events in Indonesia. Felix continues to write for music publications as well as his own website, felixdass.com.

Christian Rijanto, along with co-founders Bram Hendrata and Brian Sutanto founded Ismaya Group, a lifestyle company focusing on F&B, Live Music and Entertainment. In 2005 they started an underground warehouse rave called Djakarta Warehouse Project (DWP), which now has become one of their flagship festivals and attracts audiences from more than 30 countries. Since then, they developed Ismaya Live, the live event production arm of Ismaya Group, hosting other annual music festivals including Ultra Bali, Sunny Side Up Festival and We The Fest, as well as concerts and gigs by international bands and artists like Clean Bandit, Aerosmith and One Direction. Through Ismaya Live and the 32 food & beverage establishments under Ismaya Group, Christian has been nominated as one of the most successful young entrepreneurs in Indonesia. Read more about Christian here.

Future 10 started as a 3 people operation promoting a weekly underground club night in a hidden area in Jakarta. The night called Future started many first in the industry & was such a success other clubs wanted a piece of the action. On top of running events in a few clubs, Future10 started doing warehouse events & then outdoor festival. It started with the Gatecrasher Soundsystem with 8,000 people, then the Jakarta Movement festivals was created that had up to 18,000 people. Fast forward to today and Future 10 has evolved into many things around the music, events, marketing, including providing cutting edge corporate events, launches & PR, on top of still producing award winning club nights all over Indonesia & festivals like the annual The Junction Bali, Back In The Days & Brightspot Market, one of Indonesia’s first and biggest retail events for local fashion and lifestyle goods. Recently, Future 10 produced ECHOES, an online platform for curated music. Besides being involved in Future 10, Hogi Wirjono is also a seasoned musician and DJ, blending a mixture of house, RnB, Funk and Acid. He is also the initiator of Agrikulture, one of Indonesia’s first electronic music acts.