You might have thought 2017 was the Year of the Rooster. For us here in the British Council Music team, it’s also been the (unofficial) Year of the Train! We’ve been involved in several projects co-starring trains over the past few months with another coming down the tracks very soon …

Earlier this year, Super Furry Animals’ frontman, Gruff Rhys, unveiled his new film, The History of Nails – a British Council commission told in Gruff’s inimitable style – made on a train journey that he took across Russia with a group writers and artists as part of a Trans Siberian adventure. In June and July, UK musicians Sarathy Korwar, Luke Jackson and Jess Morgan joined Canadian musicians David Morin, Flavia Nascimento and Nick Sherman and visual artists KC Adams, Sophia Burke and Jenni Welsh for train journeys through Canada’s incredible landscapes from Vancouver to Toronto, Winnipeg to Toronto and Halifax to Toronto. These Sound Journeys (and stops) gave the musicians chance to get to know each other and create new music together. They sounded, and looked, remarkable. We'll have more of the best pictures, video and audio from this exciting collaboration coming soon. Follow #SoundJourneys online for more news. 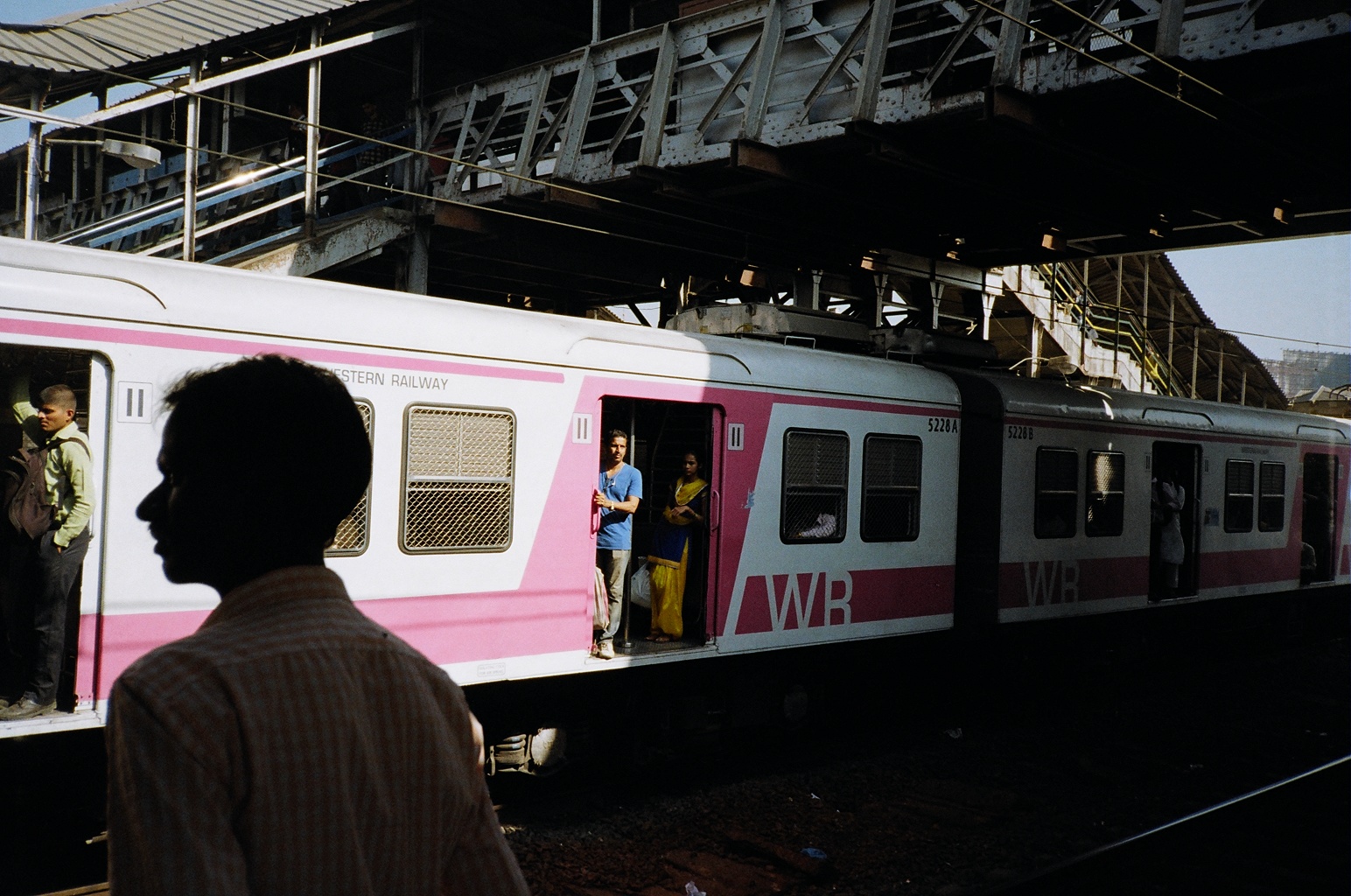 Above: A still from the preview film for Different Trains 1947. Picture: Boiler Room

In September and October, we’re delighted to be Digital Partner for Different Trains 1947, a collaboration between Actress (Ninja Tune), Jack Barnett (These New Puritans), Indian music producer Sandunes, and film-maker artists Iain Forsyth and Jane Pollard. They will perform a new audiovisual composition in response to 70 years of Indian independence which will premiere at Edge Hill station, Liverpool – the oldest active passenger railway station in the world – before moving onto the Barbican Centre, London and culminating in a performance at Magnetic Fields Festival, set in the grounds of a 17th Century palace on the edge of the desert in Rajasthan, India. Tickets are on sale now.

All this talk of trains got us thinking about our favourite train-related tracks. So, if you do get stuck in the midst of a train delay this summer, we’ve now got just the thing to pass the time: our new playlist dedicated to trainspotters everywhere. There’s a little something for everybody here although, unbelievably, nobody chose Kylie Minogue's “Do The Locomotion”. And, before the playlist begins, here's one final thought: they say that people born in the Year of the Rooster are more likely to be punctual - perhaps that means we should be building more trains this year?

Check out the YouTube version of our playlist below or head over to Spotify.

I love this track and the way it’s used in the opening credits of the film Get Carter. Along with the obvious percussive effects, there is a real sense of menace about the music that informs the viewer that this film will be nothing like Mary Poppins and it accompanies the visuals perfectly. It harks back to a much more romantic time for train travel in Britain, where you could pop along to the buffet car, be waited upon, polish an actual spoon with a proper napkin and then eat a bowl of soup. When you couple this with the fact that the train ticket from London to Newcastle almost certainly wouldn’t have cost Carter the equivalent of a month’s rent, then it really does become a festival of nostalgia. Marvellous.

Such a classic. There’s something soothingly otherworldly about Vashti Bunyan’s fragile soprano against the slow, shuffling strum of guitar underneath. It’s little over two minutes but instantly pulls you into her story as she embarks on a journey to reunite with a former lover: “It's so many miles and so long since I've met you / Don't even know what I'll find when I get to you.” There’s beauty in its musical simplicity but lyrically it’s awash with romance and adventure; for two minutes and fifteen seconds you’re there with her, taking in the changing landscapes as the train wheels beat beneath you.

Happy memories of warm, hazy nights, many moons ago.

Alma Cogan – In The Middle of The House

Written by American lyricist Bob Hilliard, there were apparently around five versions of this song recorded by different artists in the US and UK in 1956. We have the Alma Cogan version on a children’s compilation and it always makes me smile, though it also reminds me of this story from China. 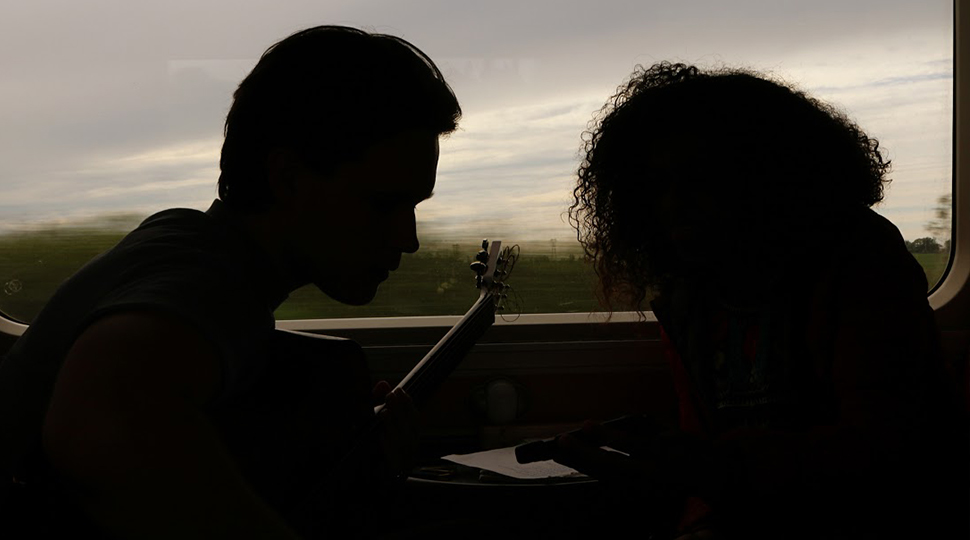 The Clash – Train in Vain

It feels a bit like cheating picking this one. Although the word train features in the title, the words of the title don’t feature in the lyrics and it’s not really clear how the title even relates to the song. Viv Albertine of The Slits had her theory: “I'm really proud to have inspired that but often he won't admit to it,” she said of the song and its writer, Mick Jones. “He used to get the train to my place in Shepherds Bush and I would not let him in. He was bleating on the doorstep. That was cruel.” The couple split up around the same time The Clash recorded the album London Calling. The title didn’t appear on the track listing for the first pressings when the album came out as it was recorded and added to the LP at the last minute. You could say it was a late train in vain.

A change in gear after The Clash. Some people look down their noses at the poppier machinations of John Mayer but I’d ask you to put any misgivings you might have aside and listen to this one for the great song that it is. There are some wonderful and unexpected chord changes in here for the harmony fans and some great lyrics too. The train in question is a metaphorical one of course but he never does quite work out how you get it to stop.

The guitar and skiffle rhythm conjures the sound and feel of a train journey so vividly. I’m a huge Elvis fan and recently went to see his and Priscilla’s Honeymoon House in Palm Springs with my daughter who is a huge fan too. "Mystery Train" is my young grandson’s favourite Elvis song; a love of Elvis passes on from generation to generation. Did I mention I love Elvis?

The Midnight Special was a real train: the Southern Pacific Golden Gate Limited. Leadbelly popularised the traditional folk song of the same name upon his release from Sugar Land prison in Texas, where he heard the Midnight Special pass by each night. In the song, the light of the train gives the inmates hope – if it shines on them they take it as a sign they will soon go free. Folk song collector Alan Lomax met Leadbelly while he was still in prison as he travelled the southern states of America making recordings of religious communities, social gatherings, prisons and chain gangs. They are now part of The Smithsonian Folkways Collection, an amazing archive of music. 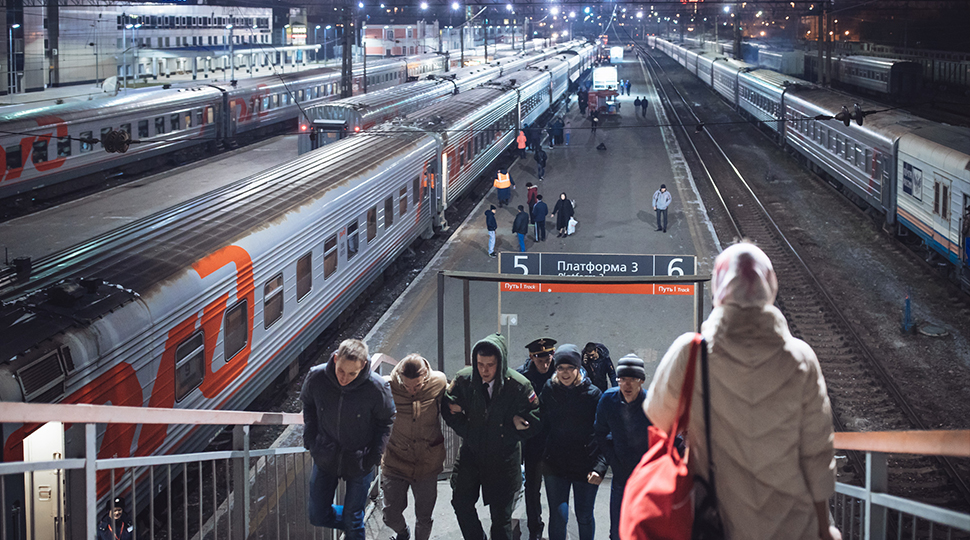 Above: A stop off in Russia during the Trans Sib Lit journey with Gruff Rhys. Picture: Max Avdeev

The longest track of Bowie’s career, clocking in at a little over ten minutes, “Station To Station” is a masterpiece of surrealism. Bowie is familiarly theatrical, only announcing his presence a minute into the track with that multi-dimensional wail. The first few minutes, preceded by the sound of an approaching locomotive train, intermingled with guitar feedback and a piano march, bring “Station To Station” towards the theme of this playlist. The latter half of the song is unrecognisable from the first, slipping seamlessly into disco. If the album means Bowie was casting off the shackles, launching himself straight from the soul of “Young Americans” into the avant-garde pop of his electronic Berlin Trilogy, then this title track is the exemplifier. In a little over ten minutes, David Bowie – and people’s perceptions of David Bowie – once again morphed into something different.

I was trying to think of a train-related track that doesn’t mention trains in the title … here it is!