In March, we partnered with the Association of British Orchestras (ABO) for an online edition of their 2021 Conference: Aftershock. We welcomed international delegates from 10 different countries and supported them to foster international connections during the conference.

Following the conference, the International Mentoring Scheme, delivered by the ABO, is designed to benefit the next generation of emerging leaders of orchestras. We are delighted to have chosen four ambitious individuals who are keen to create international networks for the future and want to learn more about working with the UK.

The selected participants have been paired with senior figures from the UK orchestral sector to develop their knowledge and expertise, and to enable the creation of new links between international peers.

Meet our mentors and mentees 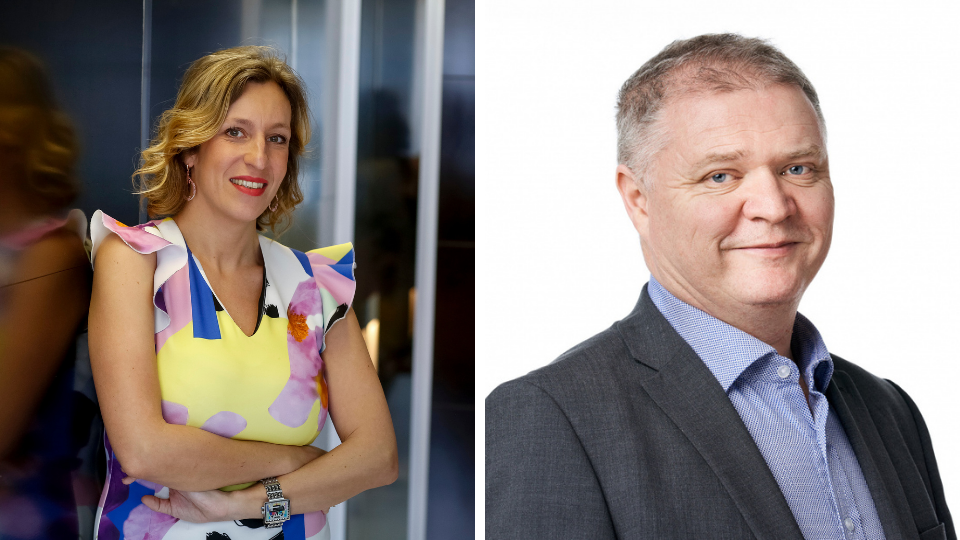 Alistair was born in Ayrshire and was educated at St Mary’s Music School Edinburgh, Douglas Academy Music School Milngavie and the University of Surrey. After working as a London based trumpet player, he returned to Scotland in 2019 to take up the position of CEO with the Royal Scottish National Orchestra. As a player, Alistair held principal positions with both the Philharmonia Orchestra and London Sinfonietta, recorded several hundred film and television soundtracks and performed extensively as a chamber musician and soloist. As a teacher, he served on the staff of the University of Surrey, The Royal College of Music and the National Youth Orchestra of Great Britain. He has given masterclasses in the UK, Europe and the USA. In 2017, Alistair was made an Honorary Fellow of the Royal College of Music. Alistair has served on the boards of both London Sinfonietta and the Philharmonia Orchestra. He has also served multiple terms as Chair of the Philharmonia Orchestra, as well as an extended period as interim Managing Director. 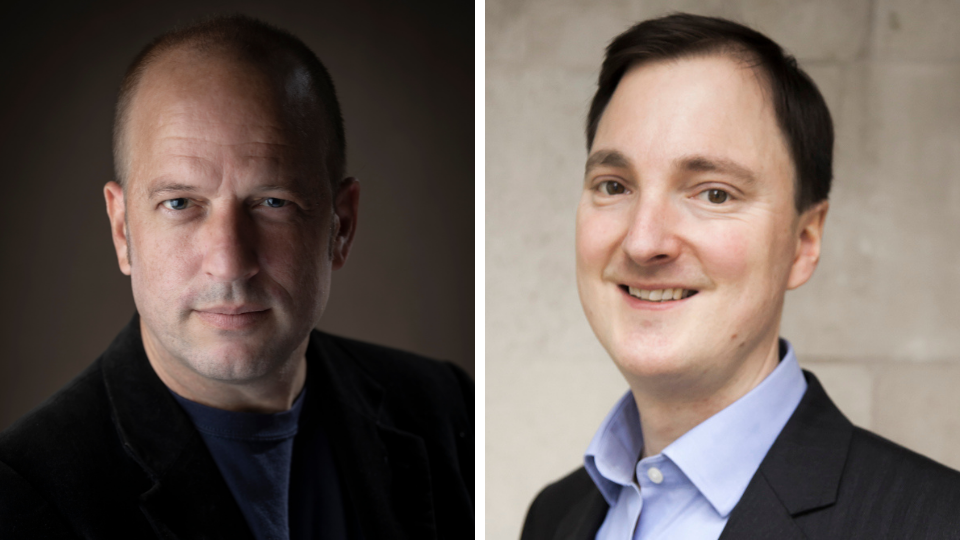 Argentinean conductor and composer Francisco Varela graduated from leading institutions in Argentina and the US. At the Catholic University of Argentina, he studied conducting with Guillermo Scarabino and composition with Marta Lambertini and Julio Viera. He is an alumnus of Penn State College of Arts, Pennsylvania, US where he earned a Masters in Conducting under Gerardo Edlestein. Varela received several prizes and scholarships and furthered his training as a conductor with Marin Alsop, Harold Farbermann, Charles Dutoit, Pedro Calderón, Jordi Mora, and Gerardo Gandini. As an advocate for Argentinean and Latin American symphonic music he has worked as adviser for the National Culture Ministry of Argentina, for the IBERMÚSICAS programme and has led the first Forum for Symphonic Orchestras of Argentina. Varela is the Artistic Director of the Classical Music Festival in San Isidro, Buenos Aires and the Artistic and General Manager of the National Symphony Orchestra of Argentina. Varela frequently is a versatile conductor who appears as a guest conductor with orchestras throughout South America.

James Williams has been Managing Director of the Royal Philharmonic Orchestra (RPO) since 2016. Notable achievements include the appointment of Vasily Petrenko as the RPO’s next Music Director (starting 2021), a new partnership between the RPO and the Royal Albert Hall, and overseeing an international touring schedule, including major tours of Asia, Europe and the USA. In 2018, the RPO was named by a leading classical music website as the world’s busiest orchestra and in 2018/19 Season played to a live audience of over 500,000.

Prior to this, James worked for 8 years at the Philharmonia Orchestra responsible for the Orchestra’s UK concert and commercial programmes working with conductors including Esa-Pekka Salonen, Lorin Mazel and Valdimir Ashkenazy. Additionally, James led several major audience development and digital programmes including iOrchestra, a virtual orchestra project which introduced orchestral music to over 200,000 people in the South West of England. Other roles have included 5 years working at the Royal Northern College of Music as Programming Manager and a period running a regional branch of Yehudi Menuhin inspiring music education programme Live Music Now! 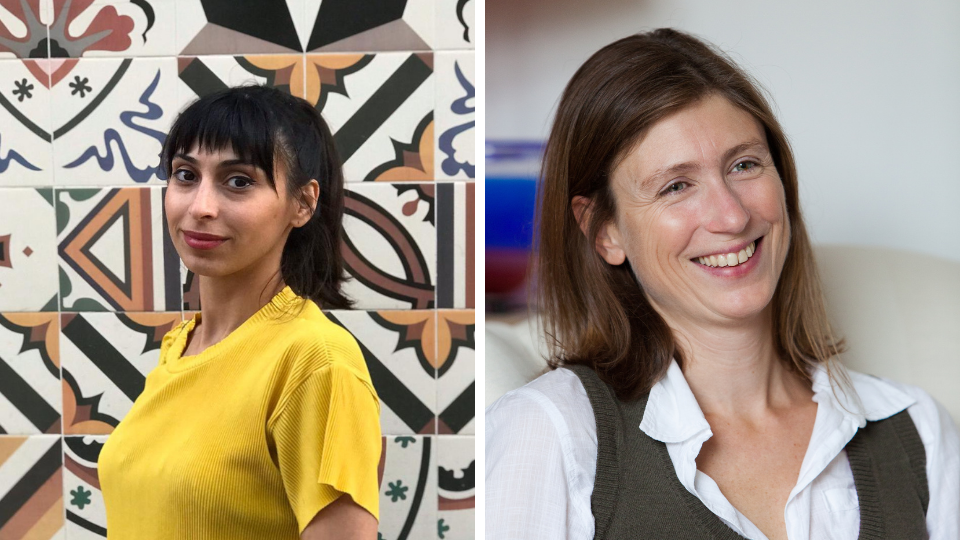 Mariam Karalashvili's professional experience covers two main fields - the music industry and marketing (having diplomas in both fields – Musicology and Marketing). For 7 years she has worked in managerial positions with a responsibility for marketing and brand image at both private and governmental organisations.

Beyond her full-time job, she has been involved in implementing arts projects (mainly music concerts). For the past 2 years, she has been working in the music industry: as the Manager of Tbilisi Youth Orchestra, the Head of Administration at Tsinandali Classical Music Festival - working together with the Verbier Festival team and as a Marketing Manager of the Tbilisi State Conservatoire. Tbilisi Youth Orchestra was founded two years ago as a semi-educational orchestra with the purpose to develop the creative talent and musicianship of young musicians aged 15-28, also providing them with educational workshops, mastering their musical skills and shaping their professional attitude.

Sophie joined NCO in 2018 as Managing Director to oversee a period of substantial organisational change and development.  NCO is a national orchestral learning programme for over 700 children each year aged 7 to 14 years old from across the UK. Sophie is responsible for the strategic development and overall management of the charity.

Before this, Sophie spent ten years as Chief Executive of Sinfonia Cymru in Wales, a chamber orchestra dedicated to supporting young professional musicians. During her tenure, the orchestra became a revenue funded organisation by the Arts Council of Wales. For this achievement, Sophie was awarded the inaugural Orchestra Manager of the Year Award by the Association of British Orchestras in 2012. Sophie has held previous roles at Welsh National Opera, Arts Council England and English National Opera and been a Director of the Association of British Orchestras and Trustee of Presteigne Festival as well as an international jury member for Classical Next. 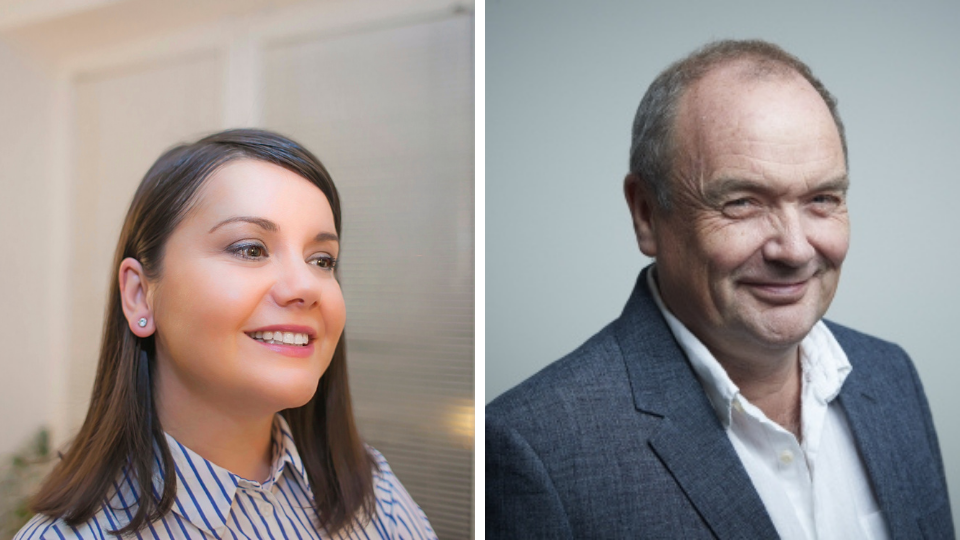 Evica was born in Skopje in 1982. After her graduation, she worked at the National Gallery of Macedonia where she had direct contact with art exhibits and deepened her interest in contemporary performing arts. In 2007, she took the chance to deal with complex multimedia activities at The National Institution National Opera and Ballet (MOB) where she has been working to the present as Programme Director. Evica has several years’ experience in communications, public relations and marketing in the Arts - working as Marketing and Project Manager on many national and international projects. Driven by the needs of the workplace and her interest in modern business models, she attended several lectures and training in the field of management, marketing, and cultural management. In 2019, Evica attended the training for Festival Production Managers - a programme run by The Festival Academy, an initiative of the European Festivals Association (EFA) - where she united with other participants to extend their professional knowledge.

Peter was born in Manchester. As a musician, he completed his studies as a trombone player at the Guildhall School of Music and Drama, London, under Denis Wick and Eric Crees. In tandem with an early career in orchestra management, based in Glasgow, Peter had a busy freelance career as an orchestral and chamber musician, and as a coach/teacher. His management work included Scottish Ballet, Scottish Theatre Company and forming (as player/manager) the Orchestra at New D’Oyly Carte Opera Company in London in 1988.

He relocated to Cardiff as Orchestra Manager at Welsh National Opera in 1992, moving through the Company to be senior manager for the Music Department; a position he has now held for several years. Peter oversees the management of the Orchestra, Chorus, Music Staff and Music Library as well as the Concert programme and many external relationships for the Company. He was a member of the Board at the Association of British Orchestras between 2008 and 2015 and was involved in the hosting of two ABO Conferences in 2009 and 2018.