The Roundhouse, London, has played host to Bob Dylan, The Rolling Stones, David Bowie, Pink Floyd, Led Zeppelin and The Clash. It has hosted the BBC Electric Proms and the iTunes Festival but we’re not sure it has ever played host to anything quite like this: over 100 musicians from around the world playing and improvising together, culminating in a live mash-up, all streamed live to a global audience.

A call to create

This was an initiative from Call to Create, the Roundhouse's international creative youth network, with support from the British Council who provided the connection to young musicians from Ukraine, Nigeria and South Africa. Musically, the project began with a short motif composed by Jamie Cullum which formed the basis for improvisations and music making in workshops and performances in the countries, led by educators from the UK. Bassist Vidal Montgomery worked with youngsters in Lagos at The Musical Society of Nigeria. “It’s been absolutely fantastic,” he said, “all of them have risen to the challenge; the challenge is on me to keep up to pace with them!”

You can hear the BBC’s Will Ross speaking with Vidal, and the performers in Lagos, in the short audio feature below.

In Ukraine, one of the youngsters, Bogdan from Kirovograd, said the project had made him “really feel like a musician: creating music, writing music, interacting with the audience. I felt like part of an immense musical community. Not just a student who plays some instrument somewhere and appears on stage on occasion, going to rehearsals and trying to come up with something – but like a REAL MUSICIAN. What an incredible experience and motivation for the future.” 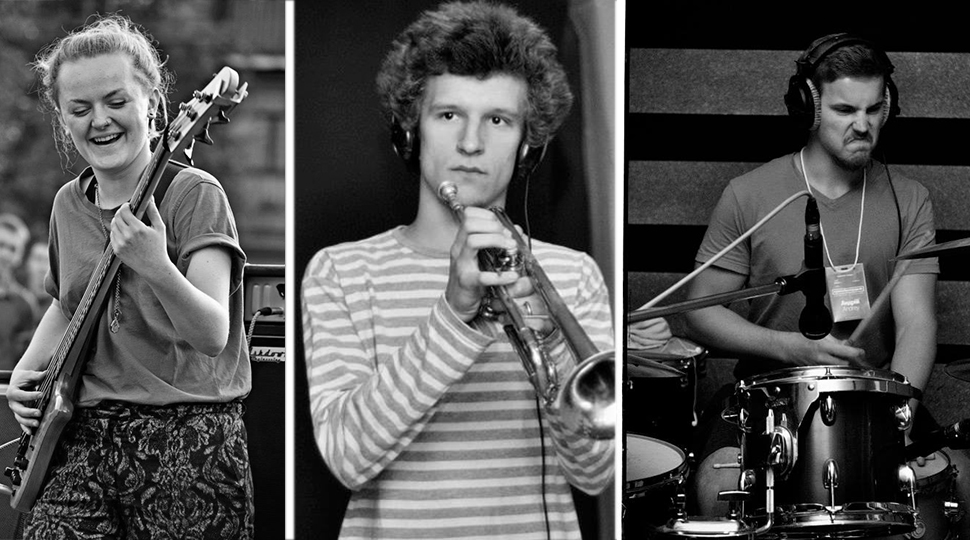 In the run up to the performance at the Roundhouse on 15 November, performers from the three countries arrived in London and took part in rehearsals and some warm-up gigs at venues around the capital. The Nigerian contingent flew to London overnight, arrived in the morning, and then played a show at Café 1001 that night!

And it wasn’t just the young performers who were heading into the unknown. Tim Exile, charged with sampling the musicians and creating a soundscape live on the night, knew that this was going to a special, one-off performance and was prepared to expect the unexpected: “I’m a big fan of live sampling, looping and remixing whatever the context – solo, duet or a megalopolis of ensembles like this. I’ll be taking a similar approach to the Heritage Orchestra project … the big difference is that the Heritage Orchestra project was tightly planned out. This one will emerge on the day!” Jamie Cullum concurred, “I don’t know [what to expect] myself and that’s what is so exciting. I created a short piece of music – really just a piano improvisation with two repeated passages. I sent it to On Mass and they [ran with it]. It is collaboration in the truest sense of the word.”

On the night, the Roundhouse’s large, Main Space, saw groups from different countries perform from different sections of the stage. In the first half there were short performances from Kinetika Bloco, the Roundhouse Choir, Wax Lyrical, the Roundhouse Audio and Music Collectives, Queens Crescent Freerunners and William Ellis Big Band, plus young artists from Shelter+ (Ukraine), Little Giants (South Africa) and the MUSON Centre (Nigeria). The second half opened with Jamie Cullum performing solo, giving us his own take on songs including Rhianna’s "Don’t Stop the Music", Radiohead’s "High and Dry", the jazz standard "Under My Skin" and his own composition, "All At Sea". Cullum then introduced the audience to his On Mass theme; a short repeating figure which he played unaccompanied before being joined by the performers as this motif was developed and expanded live on stage with help from Tim Exile and his flow machine! 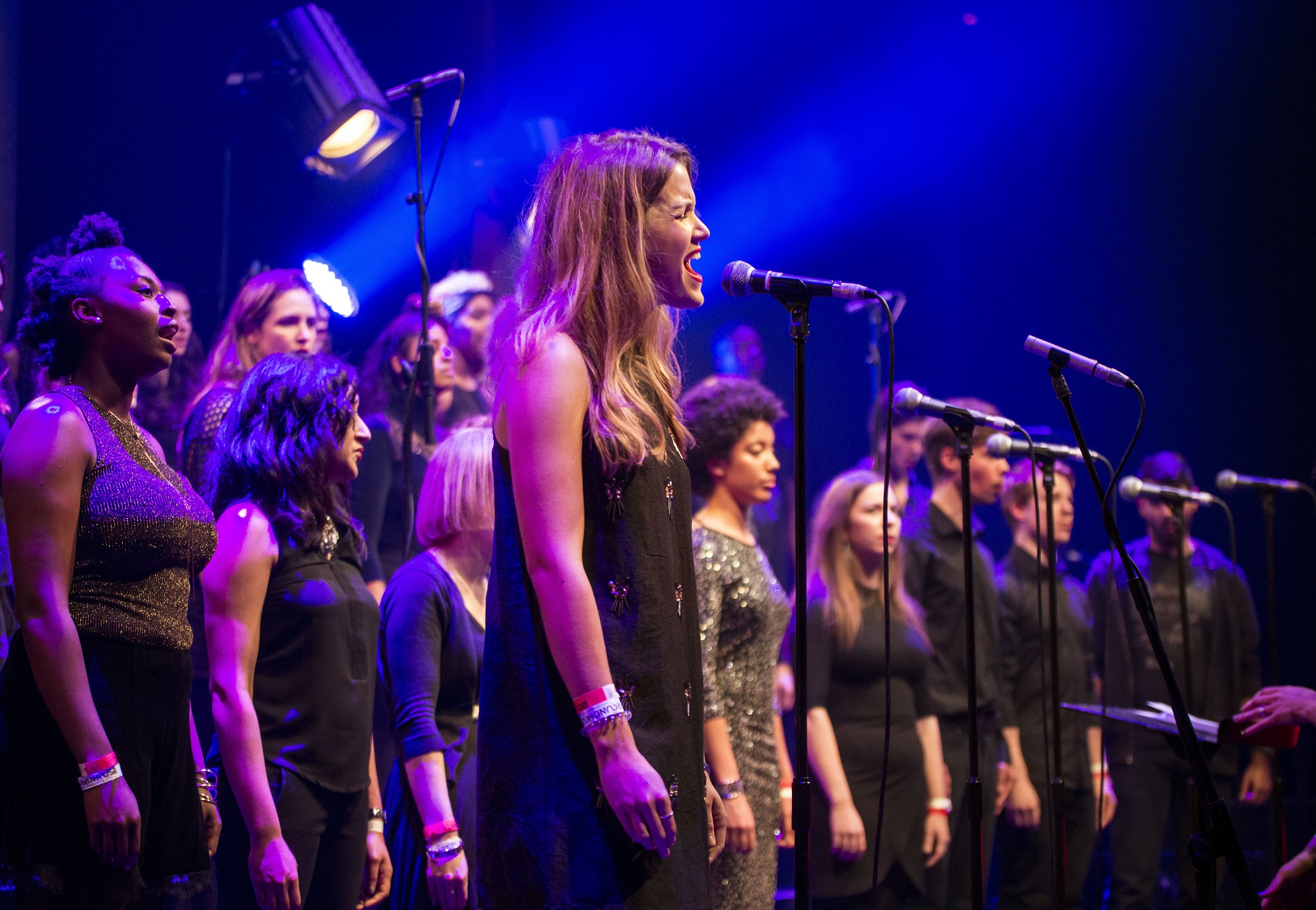 “Seeing the excitement and energy of the musicians and performers was a thrill,” said Joel Mills, Senior Music Adviser at the British Council. “They’ve obviously had an amazing experience and being able to show something of themselves and their own culture added to the sense of how this project has brought all these young people together”.

Marcus Davey, chief executive and artistic director of the Roundhouse added “I really feel the joy, positivity, spirit, musicianship and generosity displayed was a great and much needed reminder that when people come together, truly wonderful things can be made and at the end of the concert there was a palpable feeling of hope.”

The show was streamed live to a global audience and you can watch it now on YouTube.

This project was supported by the SA-UK Seasons 2014 & 2015, a partnership between the Department of Arts and Culture, South Africa and the British Council and is part of UK/Nigeria 2015–16,  a major season of arts work in Nigeria aimed at building new audiences, creating new collaborations and strengthening relationships.