WOMEXchange is aimed at strengthening and building new international partnerships between Manchester and the rest of the world. As part of the programme, Manchester Music City and the British Council have supported a cohort of dynamic music professionals connected to their local music scenes to create, connect and collaborate at WOMEX 2021. 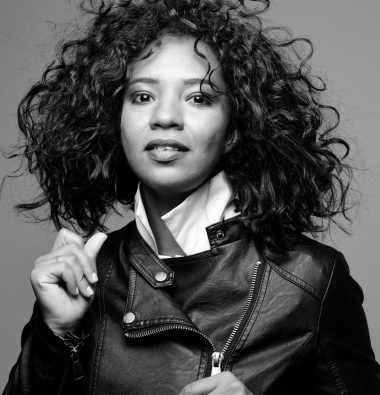 Eme Alfonso is a Cuban singer  songwriter who mixes the sounds of her island with other genres of the world. Her musical heritage comes from her musical family "Sintesis” emblematic Afro-Cuban band nominated for the Latin Grammy in 2001.

She has won the "Best Fusion Album" award in Cuba with her three albums consecutively and shared stage with artists such as: Esperanza Spalding, Preservation Hall Jazz Band, Portuguese Philharmonic and Chucho Valdés. Eme has performed at important events and festivals around the world such as SXSW and Womex.

Parallel to her career she works as an artistic director of the Havana World Music festival and the Primera Base projects for young artists, events supported by the Ministry of Culture of Cuba. 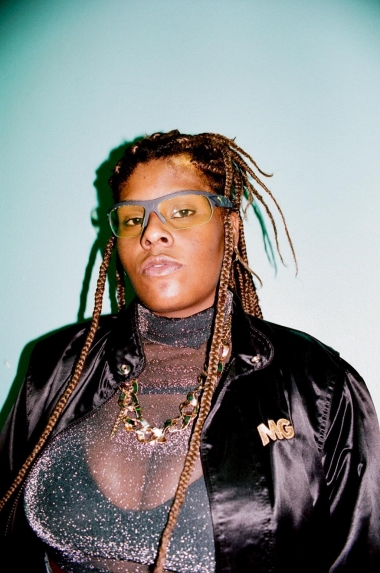 Glaucia has been a DJ for 6 years and also work as a music and cultural producer. As a young black lesbian music professional and independent artist, my goal in the last few years has been to develop and expand my career as a promoter of the Brazilian culture through creative and multicultural projects. In 2019 I was selected for the Amplified Sonic Art (ASA) program, a partnership between Oi Futuro (BR), British Council, Lighthouse e Shesaid.so, which offered mentorships and workshops for women in the realms of sound and music. Being a ghetto artist, to be a part of ASA motivated me to engage in projects that expanded my knowledge of music, such as Womexchange. In addition to that, I'm one of the creators of Isoporzinho das Sapatão, a LBT-oriented collective from Rio de Janeiro that aims to bring LGBTQIA+ entertainment to the city's streets, providing inclusiveness in public spaces by promoting music festivals, gatherings and fundraising events for vulnerable young people within the LGBTQIA+ community. I'm also a resident DJ at Batekoo, a plural cultural enterprise for diverse bodies and identities with which I toured around Portugal, Germany, France, Belgium and the UK in 2019." 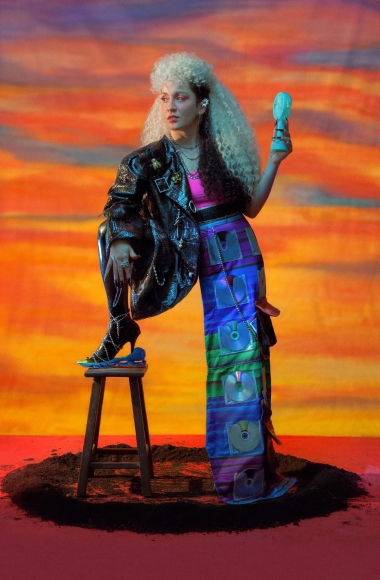 AÍLA is one of the main voices of contemporary pop music in the Amazon. Born in Terra Firme, on the outskirts of the Northern Region of Brazil, the artist brings diversity and innovation in her trajectory, whether in the scope of her sound research or in the dialogues between music and other strands of art (visual arts, fashion, performance, technology). She is a singer, composer, artistic and musical director, as well as creator / curator of pioneering festivals in the Brazilian Amazon, such as the “MANA Festival”, which discusses the role of women in the music market.

With love lyrics or political poetry, surrounded by popular music made on the "edges" of Brazil - from lambada to brega - AÍLA instigates and makes you vibrate. Among references that mix the Amazon and the world, the artist also echoes reflections necessary for the now, such as gender and feminism issues. She is an important LGBTQIA+ voice in the Brazilian national art scene.

With two albums released, and over 1 million plays on streaming platforms, her tours have circled iconic stages such as Coala Festival (São Paulo) and Circo Voador (Rio de Janeiro). With her second album, she received nominations for important awards, such as best music video for the song "Lesbigay" at the WME Awards.

Now AÍLA inaugurates a new phase in her career, an even greater immersion in the popular rhythms of Brazil, sounds that dictate pop music, and that are also born on the outskirts of the country and the world. The new series of singles has its initial milestone with "Treme Terra" (2019), which opens the way for the brega-funk hit "Amor e Sacanagem" (2020) and "Água Doce" (2021), his newest single, a zouk that brings the mixture of Amazon and Central America. The latest releases point the way to the new album, and the artist's desire to dialogue with new sounds, a dive in the pop and peripheral aesthetics. 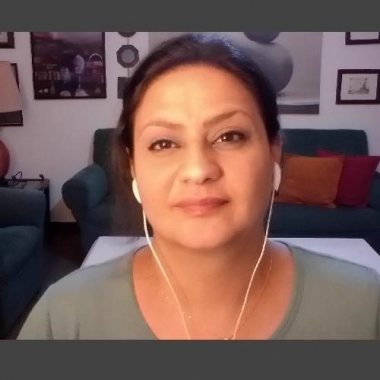 Lama Hazboun started operating within cultural and music institutions (such as the Jordan Academy of Music and the National Music Conservatory) as a PR/ Marketing specialist and later on as an Event Producer and Promoter.

In 2004, she co-founded OrangeRed, the first independent company specialized in music and cultural event management in Amman – Jordan, seeking to enrich the cultural scene, to promote contemporary music in all its forms, and spread awareness towards the important need of making diversified quality music available, as well as making events and festivals accessible to the local audience. All in which a platform and a space for representing, promoting, and supporting Jordanian artists has been successfully created enabling them to communicate their talent and experience regionally and internationally, through creating and maintaining cultural exchanges, and networking opportunities within the Arab world and initiating partnerships, all in collaboration with key cultural institutors, promoters, and funders, whether in the private or public sectors.

In 2012, she founded the Amman Jazz Festival which annually celebrates diversity and cultural fusion, featuring renowned artists from all around the world to present a vast variety of music to the public, from American Jazz to European avant-garde as well as world, ethic, jazz fusion, electronic, experimental and rock. The primary objectives of the festival are to create a healthy local space for musicians to meet with like-minded artists and industry professionals, initiate joint projects, new productions and open the door to international markets. Moreover, to contribute to the development and sustainability of the independent music sector, encourage the diversity of cultural expressions, while emphasizing the importance of cultural identity.  As well as develop new audiences, by making musical arts accessible and affordable to all.

In 2019, Lama  joined the Board of Directors of the Non-for-Profit organization MusiConnect Asia, which brings together a team of long experienced music professionals from Asia. And at the most critical times during Covid-19, a strong platform was created by MCA as an artist driven venture aiming towards strengthening connectivity, networking and collaborations within Asia and beyond.

Hence, two virtual editions of the Asia Music Summit were produced (2020 and 2021) in partnership with Global Toronto Conference in Canada, in which all regions across Asia were represented and highlighted in depth through panel discussions, artists spotlights and networking sessions, covering (Middle East, North & Central Asia, South & South East Asia). The Summits were attended by more than 200 Delegates from Asia, 70 speakers from 24 countries across Asia. In November 2021 the 1st physical Asia Music Summit will take place in the state of Nagaland (North of India), the summit will consist of a showcase festival, and a conference. 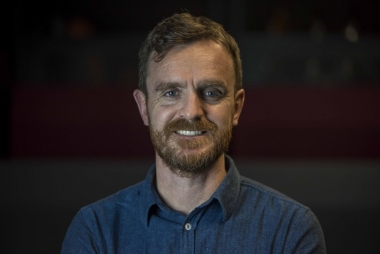 David is director of So It Is Arts – a producing independent company based in Manchester, UK.

So It Is works in partnership - producing arts and music projects to develop new audiences for new work between festivals and venues, music and theatre. In 2017, So It Is produced the inaugural Manchester Folk Festival in partnership with English Folk Expo which takes place annually across multiple venues over 4 days in October.

As Artistic Director of The Met in Greater Manchester, David programmes over 200 events a year including touring theatre, music and comedy into the 400 capacity arts centre and local events. The Met also produces specialist music festivals including Big Whistle (May) and 5000 capacity Head for the Hills (September). In 2020, The Met remained at the forefront of presenting arts and culture in partnership with United We Stream reaching global audiences with a weekly digital programme.

David is head of music programme for Timber Festival and works as a consultant specialising in programme and venue management and talent development for venues and festivals in public, private and charitable sectors. 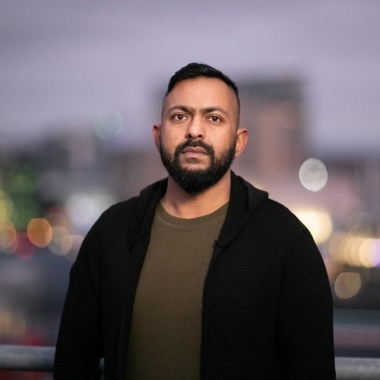 Sam Malik is a recording producer, projects manager and music consultant with more than 15 years experience of working in the creative arts, digital media and youth sector. With a successful track record of working with artists, bands, young people including studios, theatres, festivals, funders, arts organisations and corporate companies. Sam is truly committed and passionate about making music, arts and media accessible and impactful to the people who experience it as makers and consumers. 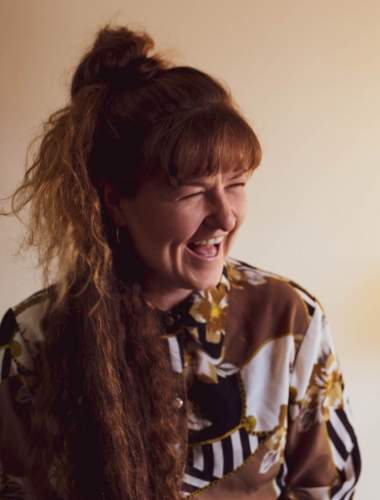 Manchester-based artist IORA makes alternative electropop, a combination of vocal and instrumental harmonies, married with electronic samples and sounds, intriguing the audience with its originality. IORA’s music started with her passion for singing, storytelling and performing.

When not creating her own music Holly works in facilitating music with groups across Greater Manchester, collaborating and supporting other artists, writing top lines and as an actor-musician. Most recently IORA ran a residency for women and non-binary artists from Manchester at Spirit Studios.  Holly has a passion for promoting creativity, inclusivity and musical exploration. 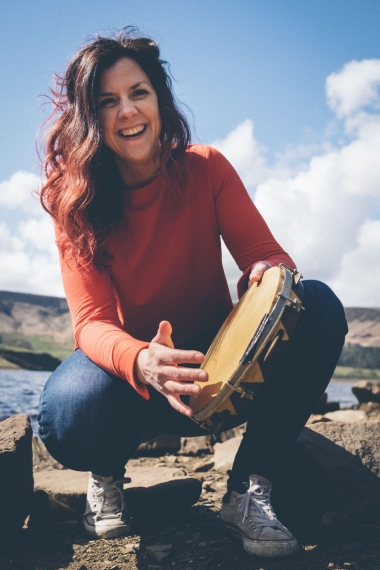 Holly Prest is a percussionist, director, and educator. With over 25 years of experience behind her, Holly’s dedication to the music, rhythms and cultures from around the world has led her to translate all of this knowledge into her passion for performing and teaching. Since 2004, she has completed multiple study trips focusing on cross-arts Carnival forms in Brazil, Cuba, Trindad & Tobago, and The Gambia.

Holly is the Artistic Director of Global Grooves, an inspirational Carnival arts NPO based in Tameside, Greater Manchester. Holly is at the helm of their flagship programme ‘Future Leaders’ for 12–25 year-old young leaders and emerging artists from all over the UK. She is excited about their re-launched arts centre ‘The Vale’ welcoming people through its shiny new doors from September 2021 onwards. 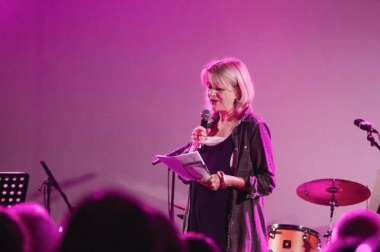 Debra is an experienced creative producer and arts director with a wide ranging knowledge of music, the arts, education, culture and community  participation at a local, national and international level.

Debra is currently the Director of Brighter Sound a cultural producer of music  programmes, pioneering new ways to explore creative music with musicians,  music creators, artists and young people. Brighter Sound regularly commissions and produces work and provides a platform for artist’s  development. The company is the sector lead for Manchester Music City and  is a member of the international Music Cities Network. Brighter Sound  contributes to research and strategic development concerning music and its  impact and role across learning and education on a regional and national  scale. Brighter Sound believes in a more equal and diverse music industry,  and it’s Both Sides Now programme is working to affect positive change  around the roles, representation and recognition of women in music, from the  classroom – to the boardroom – to the stage. 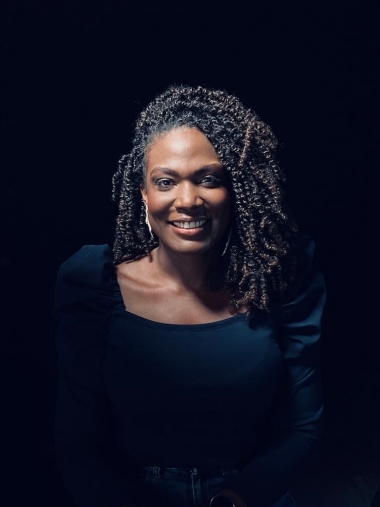 Ana Copete is the Director of the Pacific Music Festival Petronio Álvarez. The largest Afrodiasporic festival in Latin America

Manchester Music City is a strategic partnership made up of stakeholders from across Manchester’s music landscape committed to:

Manchester Music City is part of the international Music Cities Network - a worldwide network of 9 cities dedicated to improving communication, collaboration and policies, and working together to harness the power of music and the music industries.