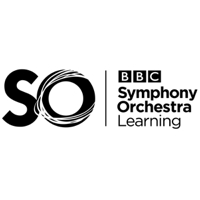 LSO Discovery is the London Symphony Orchestra’s Education and Community Programme. Founded in the late 1980s, LSO Discovery is recognised as one of the world’s leading music education programmes.

Its ground-breaking models have been adopted across the sector (its partnership work with East London music education hubs, for example, was in place before the national plan for music education) and the globe, with the Orchestra receiving an increasing number of requests to take education projects on tour with them when they perform abroad.

The breadth and depth of LSO Discovery’s projects are unparalleled in the orchestral world, and its commitment to music education – its desire to position it at the heart of the Orchestra’s activity and not the periphery – is plain to see. The programme reaches 60,000 people a year, of varying ages, abilities, backgrounds and nationalities and last season saw 1,128 workshops and 172 concerts take place: an average of four every day of the year.