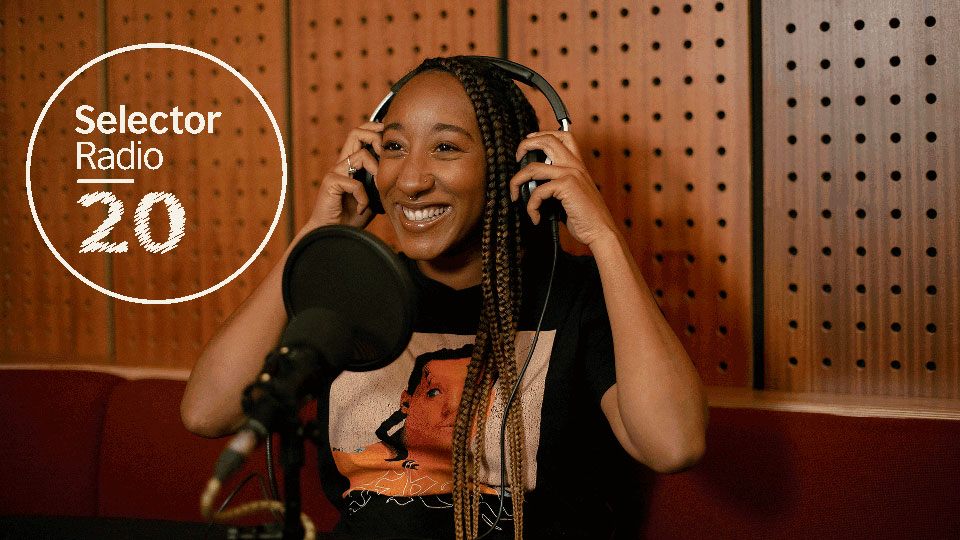 We're celebrating two decades of our beloved weekly radio show by bringing you a host of new content from some of the UK's most exciting emerging artists. From 15 - 28 November, keep an eye on our channels for brand new Selector Sessions from Mali Hayes and Louis VI, birthday messages from Selector artists and friends from across the world, an exclusive livestream event on 24 November on YouTube Premiere, and lots more... Follow #SelectorAt20 across socials and scroll down to watch, read, listen and join in with the celebrations!

Discover Selector at 20 so far:

Join Jamz Supernova for an exclusive online live event, featuring performances by Snowy, Yard Act, Connie Constance and Sans Soucis. You can join us live, or watch the event back, at the link below.

Snowy is a Nottingham-based rising star of the underground grime scene, known for his sharp ad-libs and quick lyricism; Yard Act are a minimalist rock band from Leeds in the north of England, who have made a name for themselves reflecting the UK’s social and political landscape in their music; London-born Connie Constance is an indie-pop singer-songwriter whose refreshingly frank storytelling style brings a lyrical earnestness to her work; and fellow Londoner Sans Soucis completes the line-up, fusing her Italian and Congolese heritage in her unique take on classic songwriting.

Subscribe to our event page for notifications about the Premiere.

Selector Radio: The Story So Far

From Gorillaz to Connie Constance, the story of Selector Radio is the story of UK music and wider culture across two decades. With contributions from just about everyone who has helped steer the show for 20 years this is how Selector came to be and why it is still, after all this time, so important to so many people around the world.

Inspired by COP26 and the climate emergency, we have taken steps to 'green' the production of our Selector Sessions and make them as environmentally friendly as possible. Looking at all the elements of production and researching climate-conscious music sector approaches, these new sessions have been a process of understanding how to produce 'greener' digital content. Watch the sessions featuring Mali Hayes and Louis VI, and learn more about how they were produced in this Q&A with Selector's Programme Manager Katie Weatherall.

Host Jamz Supernova brings you a birthday special show packed with UK music plus a mix from the archive and new sounds from Bicep. Connie Constance is in conversations talking about new music and the black punk movement. Yard Act give us an exclusive track recorded live in lockdown. There's new music from Snowy and an Isolation Creation from the amazing Sans Soucis.

Catch up with our archive of over 40 sessions from some of the finest UK artists, including Hak Baker, Nabihah Iqbal, The Orielles and Franc Moody.

We kicked off the Selector at 20 year with a playlist which goes back in time, starting with recent Selector favourites going all the way back to one of the first songs ever played on the show back in 2001. These are tracks from the UK music makers who have made the past 20 years so exciting for Selector - all artists we've had in session, in interviews and been around the world with. What did we miss?

Warning: some tracks on our playlist contain explicit lyrics.