Join us for the first of three online sessions, exploring contemporary artistic responses to Vietnam’s film and music heritage.

They will be joined, from Stockholm, by Vincent Strollo, one of the US deserters involved with the original Second Front programme broadcast on Liberation Radio in the late 1960s and now a contributor to this new film and music project of the same name.

What was the Liberation Radio Station?

Set up in 1962, the Liberation Radio station broadcast throughout the war in Vietnam, relaying the voice of the Vietnam Southern Liberation Front.

The Liberation Radio project will include archive film, documentary interviews, and an experimental soundtrack. Visitors to the exhibition in Hanoi will be invited to share their own memories and responses, and these will become part of the project and its legacy.

Heritage of Future Past and FAMLAB

The British Council’s Heritage of Future Past programme addresses aspects of Vietnam’s music and film heritage that are under-represented or at high risk of disappearing. The FAMLAB (Film, Archive, Music Lab) strand of the programme supports creative responses to this heritage by contemporary artists, including projects by Vietnamese artists in collaboration with UK artists and producers.

Esther Johnson is an artist who works with moving image, audio and photography. Recent projects include SHIPS in the SKY, a social history arts project in and about her hometown, Hull, and the archive feature film ASUNDER with live score, commissioned by 14–18 Now to commemorate the 1916 Battle of the Somme. She studied at the Royal College of Art and is Professor of Film and Media Arts at Sheffield Hallam University. http://blanchepictures.com

Nhung Nguyen (aka Sound Awakener) is a Hanoi-based sound artist, experimenting across a range of left-field aesthetics and expressions – ambient drone, electro-acoustics, noise music, musique concrète and others. Nhung’s music and sounds have appeared in exhibitions including Le Giang’s D'eau et de verdure (2020, HCMC and Hanoi), Phan Thao Nguyen’s Poetic Amnesia (HCMC and Hanoi, 2017) and public-art initiatives Into Thin Air (2016) and Into Thin Air 2 (2018). She has also composed soundtracks for short films. https://soundawakener.com/

Matthew Sweet is author of Inventing the Victorians (2001), Shepperton Babylon (2005) and The West End Front (2011). He presents Free Thinking and Sound of Cinema on BBC Radio 3 and The Philosopher’s Arms on BBC Radio 4. His latest book, Operation Chaos: The Vietnam Deserters Who Fought the CIA, the Brainwashers and Themselves is published by Picador. 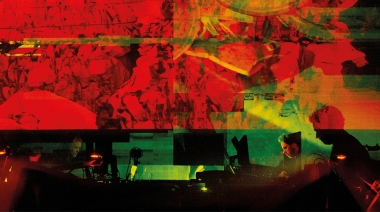 Our film and music programme unites and promotes talented professionals working at the point where these two arts converge and...