Our series of online events with hcmf// (Huddersfield Contemporary Music Festival) concluded last week as we joined forces for Unbound Listening #3 - a chance to hear stories from across the world of new music. 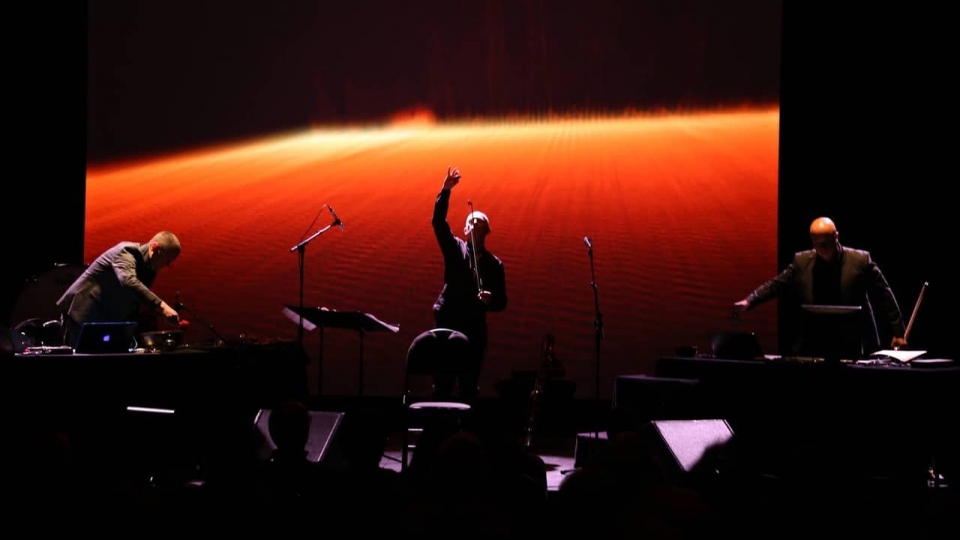 Through our online series Unbound Listening, we’ve joined forces with British Council to present stories from across the world of new music, focusing on the global challenges currently facing cultural communities and organisations. Emphasising our shared experiences with the hope of finding collective solutions, Unbound Listening reflects on how we can work together, across borders, to make artistic statements.

At Unbound Listening #3, we’ll be investigating the role artists take up as activists, focusing on musicians from South, Central, Latin America, and Sub-Saharan Africa. Drawing on music’s tradition as a vehicle for social and cultural justice, the artists involved in this event have written, composed and performed music that advocates for change, challenging the heavy history of power structures.

Representing CMMAS, we’re excited to welcome director Rodrigo Sigal as chair of our Unbound Listening #3 discussion. A musician and organiser, Sigal has been a significant force in the electroacoustic field, and has a particular interest in the intersection of music and technology. As part of CMMAS, he has helped foster a community of new music artists in Mexico.

A young ranchera composer, Vivir Quintana is known for her rallying feminist anthem Cancion sin miedo, translated as Song without Fear. An unflinchingly poignant song, it protests gendered violence while centering women and their role in cultural activism and revolution. Written within Mexican folk idioms often perceived as ‘masculine’, Quintana’s work is intrinsically political, challenging our assumptions of history, and who we expect to tell it. Steeped in the tradition of music that serves the cause, her lyrics continue to fight for those justices yet resolved.

Through his new project Visitante Sonoro, Santiago Gardeazabal uses new tech to investigate the work of traditional musicians, surveying the activism of rural musicians. The project aims to depict ‘the reality’ of these artists and the work they do.

Duo Yogin Sullaphen and Annalyzer make up uKhoiKhoi, a Johannesburg-based music group whose work implements electronic loops alongside ‘opera, indigenous chants and praise poetry’. Their work seeks to draw together the past, present and future of South Africa, drawing together history and futurism in work they describe as ‘Indigenous electro’.

Alongside a recorded performance from uKhoiKhoi, who appear as part of our panel discussion, we’re delighted to share two more performances from artists creating work reflective of the activism on display in Unbound Listening #3.

A musician, producer and transmedia artist, Feli Cabrero Lopez makes music as Efe Ce Ele. Founder of the label and collective Fragment A, her curatorial work seeks to expand Latin American electronic music, broadening experimental limits and moving beyond the aesthetics of geographic borders, while also offering a creative space to marginalised communities, challenging the intertwining oppressions of colonialism and transphobia. Her work as a musician moves dance music into the territory of noise and abstraction, drawing on her own palette of experimental influences.

A trio of composers and improvisers, Lumínico brings together the multidisciplinary practices of Rodrigo Sigal, Alejandro Escuer and José Luis Garcia Nava. Founded with the intention of bringing together their experiences of contemporary music with striking visual media, their shows have quietly reinvented the presentation of composed work, creating an immersive space where the audience can interact with something bigger than the collective in front of them.