This March, we’re taking the third edition of our Film, Archive and Music Lab (FAMLAB) workshop online. FAMLAB is a British Council initiative that started in 2016 to connect musicians and filmmakers with opportunities for networking and experts in the field who can help to demonstrate how the convergence of film and music can present fantastic avenues for new work.

This year, we’re bringing 12 musicians together from around the world to spend a week immersed in exploration of the challenges and rich potential for collaborative film, archive and music projects. These participants come from the UK, the Balkans, Middle East, Central Asia, and South Asia.

FAMLAB is one part of our on-going film and music programme to support performers, composers, filmmakers and producers working on cross-art work and to date projects in this area include: British Council led events at SXSW, Envision Sound composing workshops, and last year’s Spaces in Between, working with Video Jam to commission five audio-visual works by UK musicians working with artist filmmakers from around the world. FAMLAB has also inspired Heritage of Future Past, an ambitious, two year, film and music cultural heritage programme in Vietnam.

For FAMLAB III we are delighted to be working again in partnership with the British Film Institute (BFI) and, for the second time, with Sheffield’s Sensoria festival of film and music.

This is the first time we haven’t been able to bring people together in the real world but we hope that this will still prove to be a stimulating week – a unique opportunity to share knowledge and expertise, with inspiring conversations, and new creative challenges.

Meet our FAMLAB 2021 participants below. 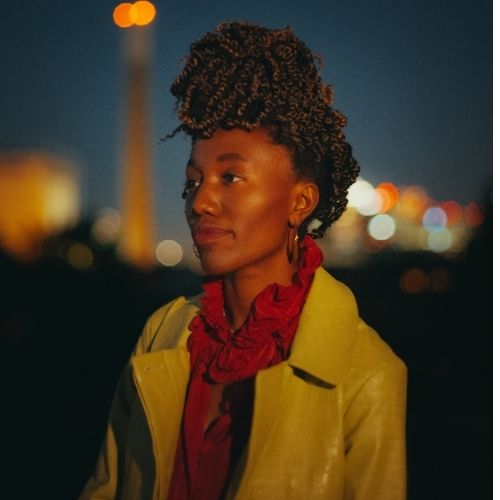 Chisara is an artist from London. Her work spans the music, theatre and art world, and is  grounded in her philosophical practice and creation of work that imagines and critiques worlds while engaging local communities. She has performed in the UK and internationally showcasing her unique songwriting and blend of jazz, folk and storytelling. In 2020 she was commissioned by MSCTY_EXPO to create a sound piece for the Gallery of Returning Treasures in Ghana. She received an MGCFutures Bursary to develop her musical The Garden, which seeks to shed a light on the necessity of social housing through the eyes of a young girl. Chisara is currently  working on a sound/art piece for Spitalfields Music, to be installed and performed at The Rich Mix London, that will centre around people’s stories of being unseen and seen, asking us to explore what we experience when we sit between two states of being. 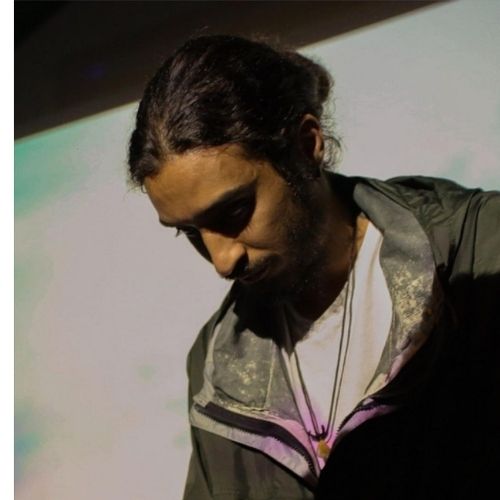 Hussein Al Aroury is a multi genre producer, sound designer, film score composer, MC & DJ based in Ramallah, Palestine. His productions revolve around bass heavy elements and focus on ambient sounds depending on the production. While he was pursuing his sound engineering degree, he focused on film score and post production for film, and started looking more into the emotions that could be captured into the picture when the right elements were used. 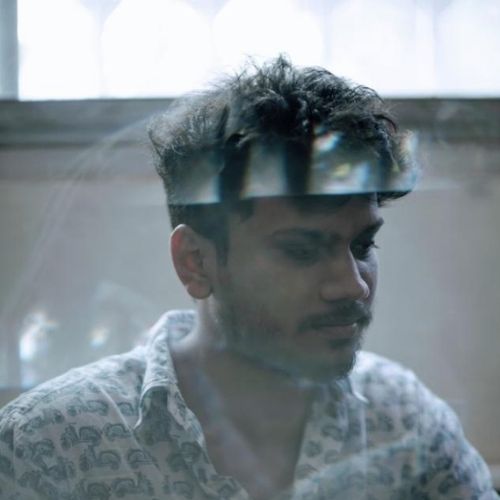 Adith Anande has been composing for commercials, films and narrative audio for three years.  years now, having started out a small bedroom with no experience and no formal education in music, he is scoring for some of the biggest brands across the globe. It’s been a fun journey of learning, unlearning and learning again and his love for good stories and innovative storytelling has guided him throughout. Adith is now trying to turn over a new chapter in life and gearing up to score and create longer and more immersive experiences through music and sound. 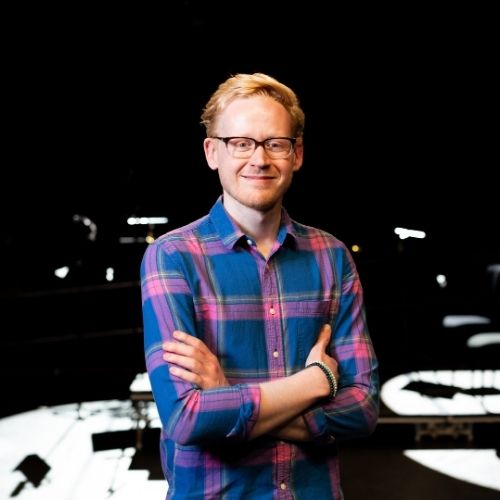 Lloyd is a composer, musician and broadcaster, and Associate Music Director of Paraorchestra, the world’s first large-scale integrated orchestra of disabled and non-disabled musicians. His original score for Beethoven Can Hear You, a radio drama starring Peter Capaldi and Sophie Stone, was recently broadcast on BBC Radio 3. kraftwerk re:werk, a ground breaking musical experience based on Kraftwerk’s iconic album Trans Europe Express (co-composed with Charlotte Harding) has been performed at WOMAD, Motion and Simple Things. Born in South Wales, Lloyd studied at the Royal Academy of Music in London and now lives in Bristol. 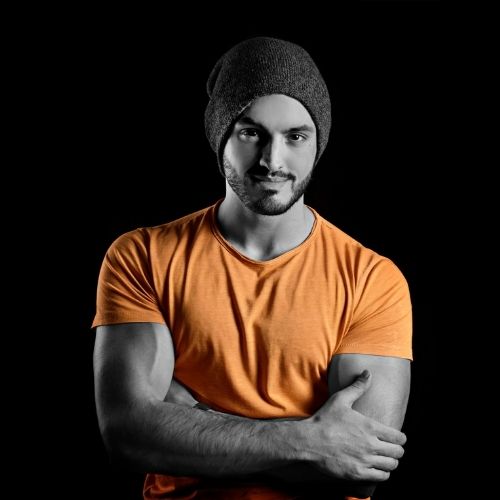 Martin is a music composer/producer from Skopje, where he started his musical journey as a classical pianist. He studied Vocal Performance - Popular Genres at the Faculty of Music in Skopje, graduating in 2017. He has worked as a composer, sound designer and producer of music for national television commercials, short films, as well as ambient and lo fi tracks for national and international campaigns. His participation in masterclasses and seminars internationally includes Envision Sound (2019, Kiev, Ukraine), EuroVox Conference (2018, TheHague, Netherlands) and BIME Pro Conference (2019, Bilbao, Spain). 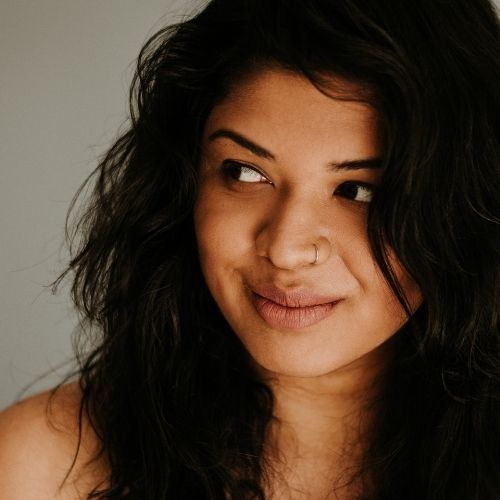 Armeen is a singer, songwriter, composer, producer and poet from Dhaka, and a graduate of Berklee College of Music, Boston, where she focused on performance and composition. She splits her time between live and studio work. She directs her own band - The Armeen Musa Band - and choir - Ghaashphoring - playing vocal arrangements of contemporary Bangla songs, touring and playing festivals internationally. She sings, composes and arranged for films, including the soundtrack for Ekattor’er Shongram, a British Bangladeshi feature by Mansoor Ali, the live soundtrack for Indian documentary The Saints of Sin by Anirudhha Sen, and scoring the short film Oxygen by Bangladesh filmmaker Fahim Kader. Armeen also teaches music to young children, and facilitates music as a tool for healing and community. 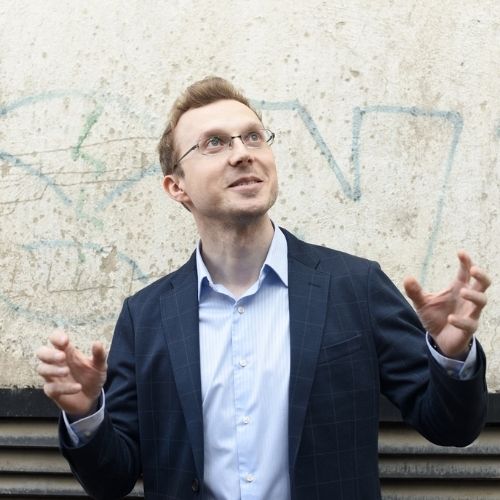 Ilya is a composer and multi-instrumentalist. Having no music education, in 2000 he nevertheless founded the folk-jazz-rock band Fopajaro, writing all the band’s songs and went on to compose choral songs that have been performed many times by choirs of Kazakhstan and Russia. He has composed music for several films, including the award-winning features Training of Personal Growth (Grand Prix, Moscow International Film Festival; Grand Prix, International FIlm Festival Eurasia)  and 18 kilohertz (Grand Prix, Warsaw International Film Festival). He took part in the British Council’s film composing lab Envision Sound (Ukraine, 2020), composing and recording music for the Soviet-Armenian silent film Zare (1926), and in the Choir Laboratory/VI International Summer School of Composers (Russia, 2019). Ilya won the Kazakhstan Association of Film Critics’ Award Critics’ Choice 2020 award for Best Composer. 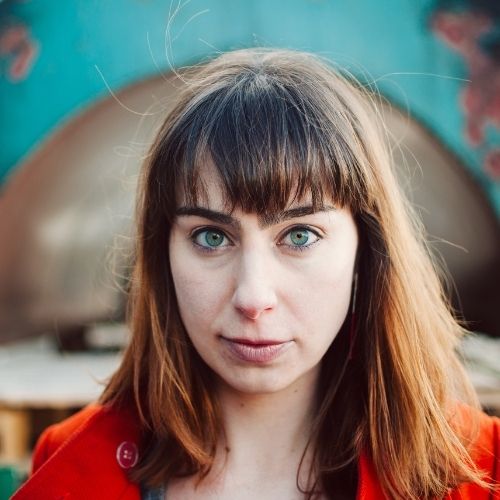 Helen is a composer/performer based in Sheffield. She composes for acoustic instruments and electronics, and has a fascination with the dynamics of group interaction. Her solo project Kar Pouzi intertwines baritone saxophone and electronics, often drawing out intensity from incessant repetitions and patterns. Helen’s compositions have been performed by various musicians and ensembles including Ensemble neoN, Xenia Pestova Bennett/Pascal Meyer, Workers Union Ensemble, Galvanize Ensemble, Renzo Spiteri/Michael Speers, and Nieuw Ensemble. She improvises with a range of collaborators, is a member of the duo Garlic Hug and has played as one third of the bands Beauty Pageant and HOKKETT. 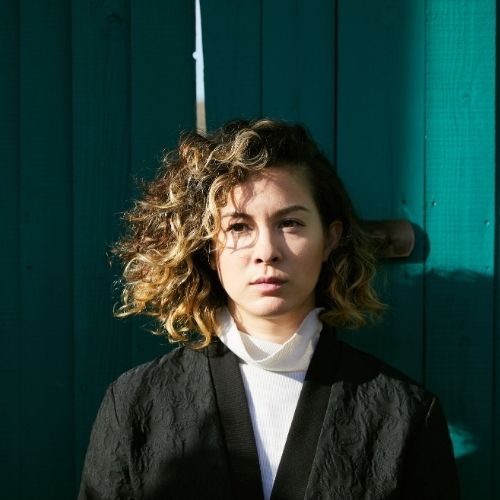 British-Malaysian artist and composer Jasmin Kent Rodgman brings together the contemporary classical, electronics and sound art worlds to create powerful soundscapes and musical identities. She collaborates across a range of art form, including dance, word, film and VR, and her music often explores otherness, memory and plays with a sense of narrative. She often experiments with unique set-ups such as audiowalks, interactive installations, underground nights, moving image, 360° film and more. Activism also has an important place within her music. An advocate of gender and racial equality, her wider creative work includes delivering mentorship programmes for young artists, speaking at industry forums and events, and activism projects that seek to empower both community and artists. 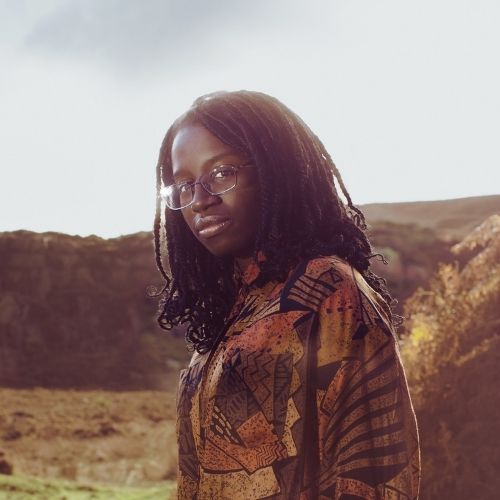 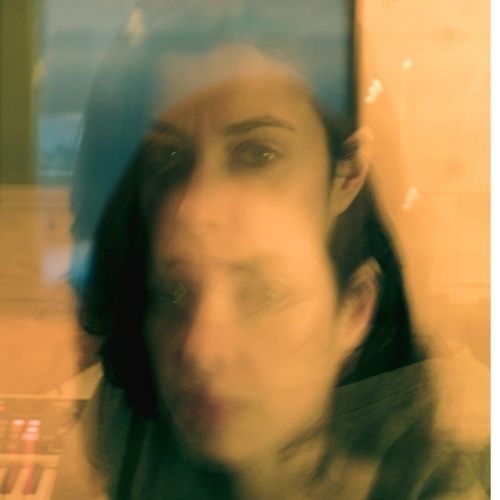 SHHE is the alias of Scottish-Portuguese artist, musician and producer, Su Shaw. Based in Dundee, her artistic practice is influenced by environment, exploring themes of identity, connection and the intersection between sound and space. Her eponymous debut album was released by One Little Independent Records in 2019 and was shortlisted for Scottish Album of the Year. SHHE is a solo project musically but also a platform for collaboration, working on projects with filmmaker Harry Clark and dancers from Scottish Dance Theatre, artist designer Tommy Perman and a recent release of reworks by renowned artists including rRoxymore, Sophia Loizou and Alva Noto. SHHE is currently developing DÝRA; a multi-arts project inspired by the Dýrafjörður fjord in Iceland, which uses landscape, light and sleep as a method for creating and exploring altered states and environments. 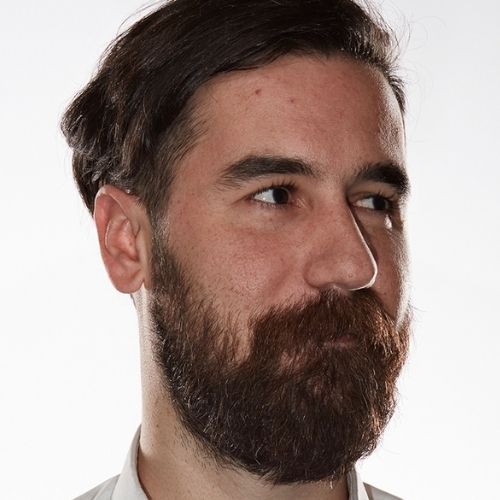 Başar is a composer and sound designer based in Istanbul. He studied Sound Engineering and Design along with Electronic Music Composition at Istanbul Technical University MİAM - Centre For Advanced Studies in Music. In 2006, he was invited to Institut International de Musique Electroacoustique de Bourges (IMEB), France, as a resident music composer, supported by a  UNESCO Aschberg Bursary. In 2014 he received a Best Music Award at the International Antalya Golden Orange Film Festival; he contributed to the Anthology of Turkish Experimental Music 1961-2014 album by Sub Rosa with his work Diving. In 2016 he was the first composer from Turkey selected for the Berlinale Talents programme at Berlin Film Festival. Since 2017 he has been a voting member of the European Film Academy.